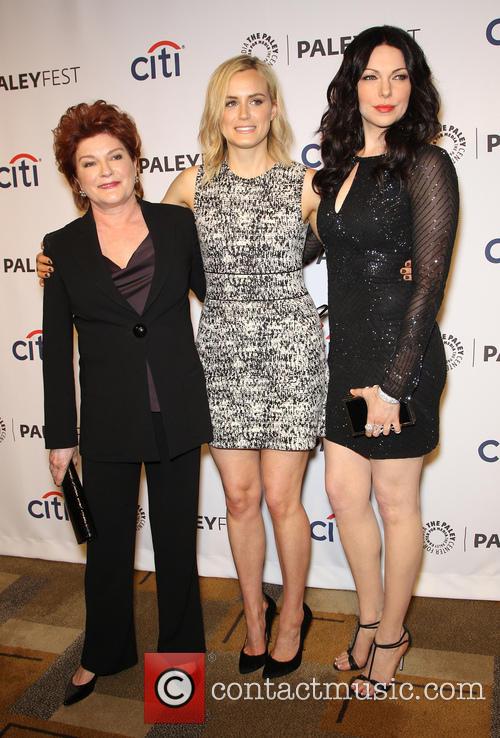 It’s word-of-mouth that has helped the series become so popular. Netflix didn’t initially go to town on advertisement of the show in the way that they did with their other original series, including the very popular Arrested Development. Taylor Schilling, who plays Piper in the series, has even been recognised and nominated for a Golden Globe for her performance, although she just missed out on the gong which was awarded to House of Cards actress Robin Wright.

News that Orange is the New Black is set to return for a third series comes via Laura Prepon, who plays Alex Vause, Piper’s on-again-off-again girlfriend on the series, and the reason that she is currently serving time. Prepon announced on her Instagram and Twitter accounts: “It’s official!! Season 3!!” with a list of funny, but most probably fake, titles for the third season.

Some of the joke titles include, “I’m a bitch because I’m sad,” “Use your tears as lube,” “Heroin Robin Hood” and “Sometimes bad things happen to bad people.” We’re nearly certain that none of these titles will stick, although it’s a great way to tease fans!  Although, it gives us a pretty good idea that some series bitch action is going to go down in season 2, if these are potential titles for season 3!

Fans had been worried that Prepon wouldn’t be returning for the second series and were relieved to find out that their favourite lesbian drug smuggler woud be back. However, due to scheduling conflicts she will only feature in four episodes in Orange is the New Black Season 2.  We have a suspicion that she may be more a regular in Season 3, seeing as she was the first one to announce the news!  Perhaps her and Piper's relationship cools down in season 2 before heating up again in season 3?

The series, which was adapted from Kerman’s book by Jenji Kohan, will return to Netflix on June 6. As with the first season the whole series will be released at once, so cancel all your plans and prepare to binge watch your favourite prison drama!