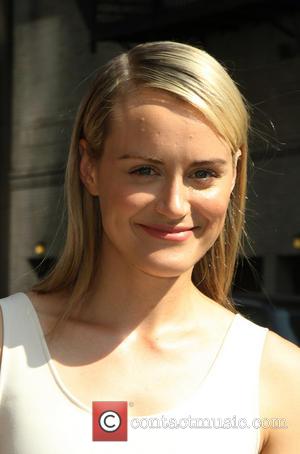 Picture: Taylor Schilling - Celebrities outside the Ed Sullivan Theater as they arrived for their taping on the Late Show with David Letterman. - New York...

Actress Taylor Schilling has Katie Holmes to thank for her role on hit prison drama Orange Is The New Black after the Batman Begins star turned down the job due to her busy schedule.

Show creator Jenji Kohan reveals she had originally tapped Holmes for the part of bisexual drug smuggler Piper Chapman and had even sat down with the former Dawson's Creek actress to discuss the project.

Kohan tells Eonline.com, "I'm a big fan of hers. You know, I met with her. (But) she had other things to do. And also in the beginning, no one knew what this (show) was."

The Emmy-nominated Netflix programme is based on the memoir by Piper Kerman and launched last year (13).