'Gossip Girl' star Taylor Momsen has reportedly been dropped by her modelling agency IMG for her controversial behaviour while actress Dakota Fanning has been signed up. 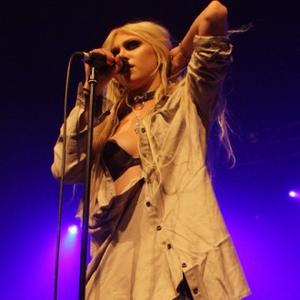 Taylor Momsen has been dropped by her modelling agency.

The actress-and-singer was signed by IMG at the age of 14 but bosses have reportedly tired of her rebellious antics - which led to her extended hiatus from TV show 'Gossip Girl' - and taken her off their books.

The agency confirmed to Hollywoodlife.com: We do not represent her [Taylor]."

Meanwhile a source at Nylon magazine spotted Dakota Fanning on The Company's modelling board although she is not yet attached to any major campaigns.

Taylor was signed to IMG - which also represents supermodels Kate Moss and Gisele Bundchen - in 2008 after being spotted on 'Gossip Girl'.

The star's most recent high profile modelling job was the campaign for Madonna's clothing label Material Girl, which she designed with her 13-year-old daughter Lourdes and she has also been the face of British clothes chain New Look.

Taylor previously revealed she thinks of her style as "high class hooker and doesn't care if it makes some people feel uncomfortable.

She said: "I dress for myself. Clearly, it's provocative, but it makes me feel good. And if the only reason it makes someone uncomfortable is because I'm 17, then that person's a scumbag because it shouldn't matter.

"I really just put on what's clean. The easiest thing to find in the morning because I'm usually running late. It's just turned into style - I just don't bother, I'm just too lazy."