Taylor Lautner has revealed the planned 'Stretch Armstrong' movie is still being written. 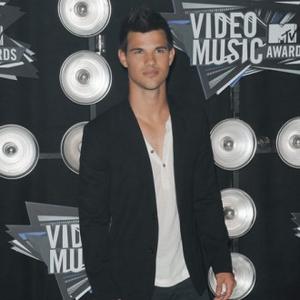 Taylor Lautner admits a 'Stretch Armstrong' film won't be out for some time.

The 'Twilight Saga' actor has long been rumoured to play the toy-character in a forthcoming big-screen story, but he admits other projects are on his mind before that movie comes to fruition.

He said: "'Stretch Armstrong' is still in the scriptwriting process at the moment, so we are waiting to hear. There are a couple of other things I'm really excited about that haven't been announced yet."

The 19-year-old star will next be seen in thriller 'Abduction', where he displays his particularly muscular frames many times, and he admits it is hard to get to a large size and keep it up.

He told Movie Hole: "It was very hard to put on, and then it was just as hard to maintain it."

Taylor has recently revealed he would love a career similar to 'Mission Impossible' star Tom Cruise.

He said: "The most important thing I did was sit down beforehand and watch a lot of movie and study actors that I look up to.

"I would love [to follow in their footsteps]. That would be an honour, to be compared to people like that. I look up to Tom Cruise and Matt Damon. I would kill to have the careers they've had."