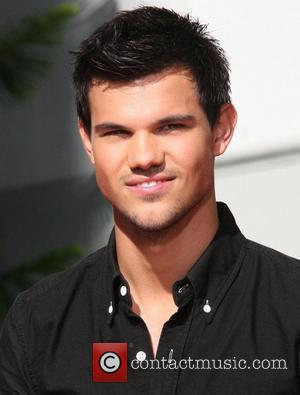 Taylor Lautner and his Twilight co-stars Robert Pattinson and Kristen Stewart will be celebrating today following news that Breaking Dawn Part 1, the penultimate movie in the vampire franchise, took a huge $139 million at the box office during its opening weekend.
The total fell just short of the $142 million opening for the second movie, New Moon, in 2009, but movie bosses will nevertheless be celebrating a dominance of the weekend's box office, with animation Happy Feet 2 its closest rival, taking $22 million. Dan Fellman, head of distribution at Warner said he expected the movie's total gross to steadily climb heading into the festive period, telling Bbc News, "We honestly feel we'll pick up some steam and play some catch-up as we get into the holidays". Twilight Breaking Dawn Part 2 will hit cinemas in November 2012, capping off a phenomenally successful franchise that has seen the likes of Lautner, Pattinson and Stewart rise to become global superstars. The four movies have now grossed around $1.8 billion worldwide, with that figure likely to reach $2 billion before the release of the fifth and final movie.
Elsewhere at the box office, there was success for George Clooney's comedy drama The Descendants which took $1.2 million despite opening in only 29 cinemas - Twilight opened in 4,061. The Alexander Payne movie is expected to fare well at next year's awards season.