Taylor Kinney Is Eager To Start A Family With Fiancee Lady GaGa, Revealing He Is Hoping To Have A Lot Of Kids With The Pop Star. 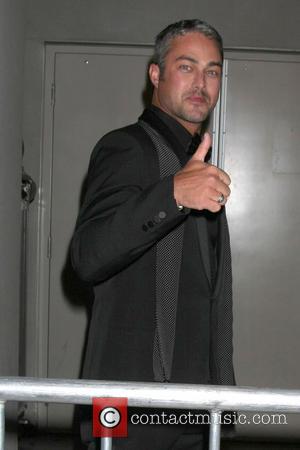 The Born This Way star and Kinney became engaged earlier this year (15), and while the couple is not rushing to the altar, the actor is already imagining their lives together as parents.

"I have a bunch of brothers," he tells HuffingtonPost.com. "I grew up with a big family. I want that, sure. I want a brood, you know. I'd like to have a little soccer team and a minivan and all that stuff."

Gaga seems to share her fiance's desire for a large family, revealing she would like to have at least three children.

"I grew up with a very strong family and I just cannot imagine not having a normal nuclear family," she added.

The 29 year old and Kinney connected on the set of her music video for You and I in 2011, but it was not love at first sight for the couple.

He recalls, "I remember I went up, and we're rolling, and I kissed her and she didn't expect it. They cut, and she slapped me. And then it was just awkward. And then the next take, I just did it again and then she didn't slap me...

"We had a good time. I think there was chemistry. I remember it was a late shoot. We were shooting until four or five in the morning or something like that. We exchanged information. A few weeks went by and we kept in touch, and then that's that."