Foo Fighters' latest album 'Medicine at Midnight' - the follow up to 2017's 'Concrete and Gold' - was influenced by the location it was recorded in. 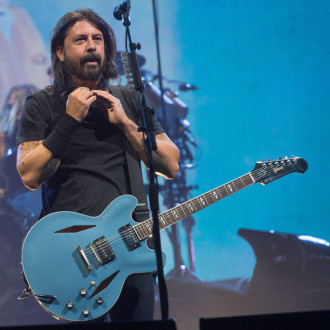 The new record - the follow up to 2017's 'Concrete and Gold' - was recorded entirely in a rented house in Los Angeles and producer Greg Kurstin says it gave them the chance to experiment.

He explained: "We got to really experiment with all these weird locations in the house — we'd set up the drums in the living room or, for 'Shame Shame', in the stairwell in like a three-foot-by-three-foot space. We played with the sounds, trying the guitar amp in one room or the snare drum in another; the mixing console was up in the bedroom. … You'd arrive at the house and some people would be hanging outside. We had a kitchen there. It was really fun to have this relaxed environment.

"You could hear Taylor Hawkins through the floorboards. But sonically, it was really cool — the way that the drums reflect off the sofa; and the picture on the wall; and the railing; going up the stairs, where we positioned the mic. … All those little things gave it a unique drum sound, which you can't really get anywhere else."

And Greg revealed drums played a huge part in the new album.

He told Variety: "I feel like we've gotten to some different territory on this album. In my experience from the last one, Dave would bring in a guitar riff and that would be the seed of a song; we develop it from that. But this one was coming from the drums a lot. Like 'Shame Shame' started as a drum groove. Dave would say, 'I want to do something like this,' and he'd drum on his legs with his hands, or sort of sing the beat. Then he would develop that into this amazing song. It was really cool to see that evolution. There's almost a dance element to some of the beats, that feels very different from previous albums."