Six Unexpected Things Musicians Are Doing To Help While Quarantined

Plenty of artists have been donating money to various organisations, and plenty more have been taking part in virtual concert series as we all do our best to navigate the uncertain, isolating waters of the coronavirus pandemic. But many musicians are also taking it upon themselves to help people in other unusual ways.

Foo Fighters were forced to cancel a handful of shows due to an unspecified ''family emergency''.

Foo Fighters were forced to cancel a handful of shows due to a ''family emergency''.

The 'All My Life' rockers - comprised of Dave Grohl, Nate Mendel, Pat Smear, Taylor Hawkins, Chris Shiflett, and Rami Jaffee - announced over the weekend that they would unfortunately have to cancel their shows in Lexington, Nashville, and Memphis after an unspecified family crisis arose for an unnamed member of the band.

The band posted two statements on Twitter confirming the news, where a ''family emergency'' was listed as the cause of the cancellation in both cases.

Foo Fighters love to collect ''weird'' pieces of fan art and stick them on display in their studio.

Frontman Dave Grohl said: ''We like sending each other weird fan drawings because we always think they're really funny.

The 'Walk' frontman is more ''nervous'' about what the rest of the group think of the songs he's written than the reception they get from fans.

He admitted to Australia's '60 Minutes' ''I want to impress the guys in the band. You know, when I'm in front of a vocal mic and Taylor's in the room listening to me sing, I'm more nervous about what Taylor thinks than whether it's going to go on the radio or anything like that.''

Dave Grohl never ''realised the immensity'' of headlining Glastonbury Festival until he took to the Pyramid Stage last weekend with the Foo Fighters.

The Foo Fighters were forced to pull out of their headline slot a couple of years ago after Dave broke his leg and the musician has now admitted he didn't realise just how big the festival was until they took to the Pyramid Stage last weekend.

He said: ''I didn't realise the immensity of headlining this festival ... but [not it feels] like I'm at my mother's Christmas party back in Virginia.'' The band also released LP Songs From the Laundry Room to coincide with the annual celebrations.

The Foo Fighters celebrated Record Store Day in style on Saturday, performing an intimate gig at a record store in Niles, Ohio. 150 lucky fans packed into Record Connection to see the band taking over the small, shopping mall store for the hour long gig.

The Foo Fighters performed in front of a lucky group of 150 fans.

"We're not far from my grandma's house," frontman Grohl, who grew up in Warren, told the audience, ”It's just up the road, actually.” Throughout the set Grohl entertained the audience with stories from his past, including a tale about an uncle who used to work at a shoe store in the same plaza.

Could The UK Be The Next Destination For Foo Fighters' 'Sonic Highways'?

Dave Grohl has hinted the series might return for a second season which could take the band across the pond.

Foo Fighters singer Dave Grohl has hinted the band might one day embark on a second season of ‘Sonic Highways’, which could feature iconic studios in the UK and Europe. Speaking to Billboard at the release party for the Sonic Highways DVD, Grohl said anything was possible for the series’ future.

"There might be a season two. There are a lot of studios,” Grohl told Billboard. But when asked about possible locations for a second season Grohl handed over to his bandmate Taylor Hawkins, who is the band’s expert on UK studios.

Continue reading: Could The UK Be The Next Destination For Foo Fighters' 'Sonic Highways'?

Check out the trailer for the punk film below

The highly anticipated movie surrounding New York’s infamous CBGB club is getting closer, and we’ve got some fantastic film stills to whet your punk-rock appetite. Rupert Grint stars alongside his Harry Potter nemsis Alan Rickman who portrayed Professor Snape, the man who terrorized his best friend Harry for years at Hogwarts. 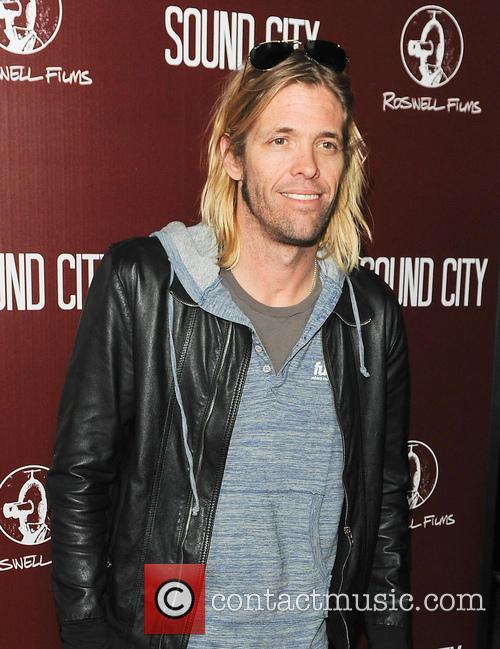 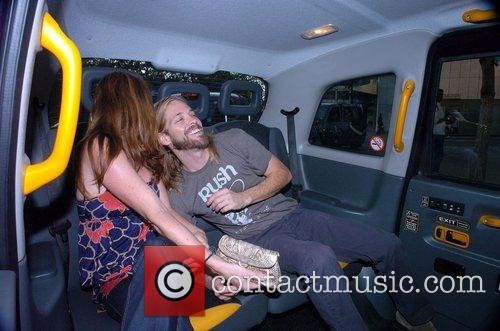