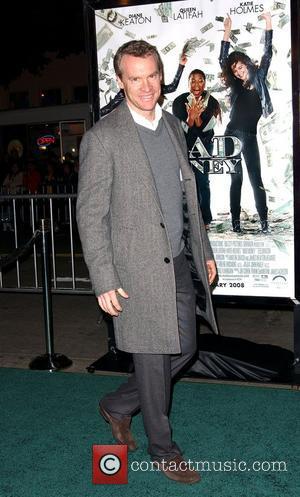 Actor Tate Donovan is divorcing his wife of three years, Corinne Kingsbury. The couple married in a Catholic ceremony on a Malibu, California beach in 2005. But The O.C. star Donovan has revealed he and Kingsbury separated earlier this year (08) and are now heading towards a permanent split. He tells OK! magazine, "I'm getting a divorce." Although newly-single, the 44-year-old has rejected the suggestion he may reunite with ex-girlfriend Jennifer Aniston, telling the tabloid they were totally incompatible: "She likes top notch hotels and luxury. I like bed and breakfasts and riding my bike. "That's the most shallow version of it, but it's indicative of our personalities." But Donovan is keen for his former Friends co-star Aniston to join him on T.V. legal drama Damages: "Jen would be fantastic. I'll have her people contact the show's people. It will happen. It'd be great."