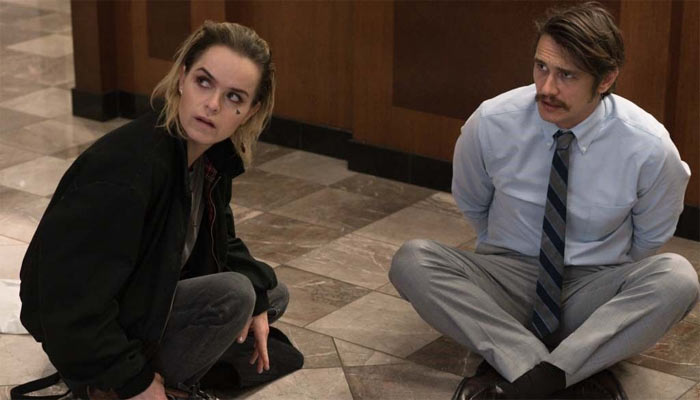 The actress is alleged to have beaten up Holly Hartman in her New York apartment last November.

A court has heard how ‘Orange is the New Black’ actress Taryn Manning allegedly got involved in a savage fight with make-up artist Holly Hartman at her New York apartment in November.

The 37 year old actress is said to have headbutted Hartman, sprayed Windex in her eyes and grabbed her in a headlock, in an incident that allegedly took place two months ago, according to a report by TMZ.

Hartman filed a restraining order against Manning after the incident, which a New York judge declined to grant on Friday (January 29th) on the grounds that she had filed it in Los Angeles, despite the incident taking place in New York. 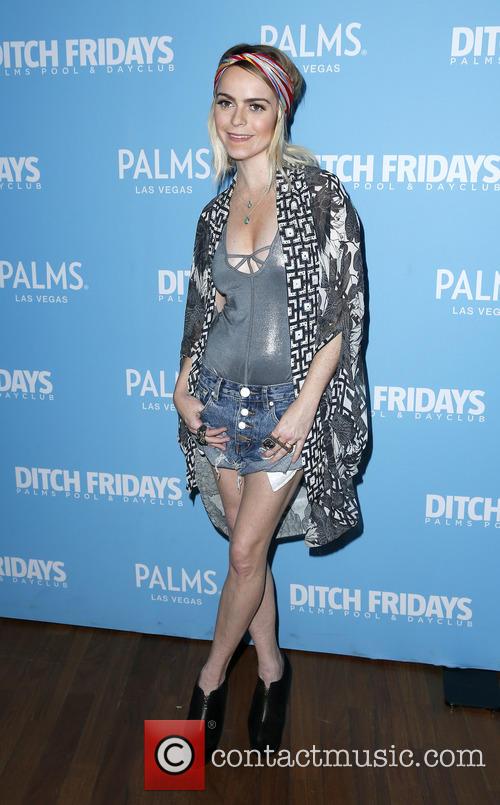 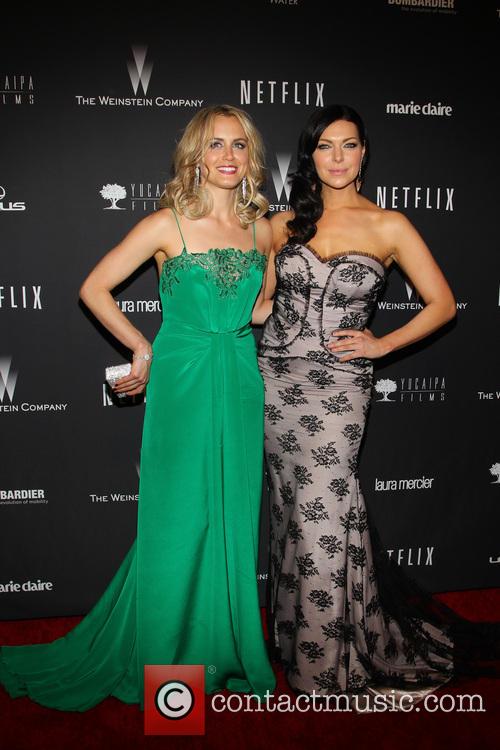 'American Hustle' stars Jeremy Renner and Amy Adams are greeted with much zeal by photographers on their arrivals at the New York premiere at the Ziegfeld Theater. Jeremy can be seen having has a highly animated conversation with someone standing amongst the paparazzi, while brings her fiancé, 'Date Night' actor Darren Le Gallo, to the event. 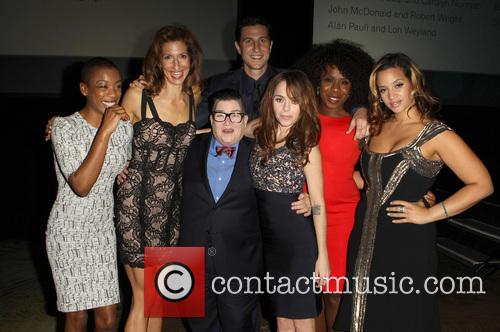 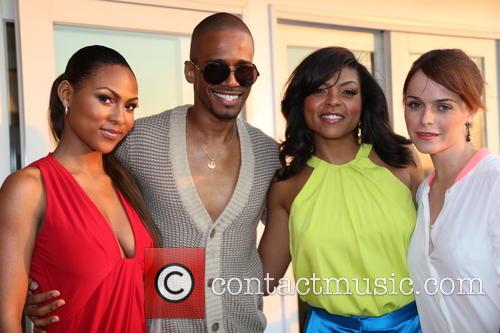 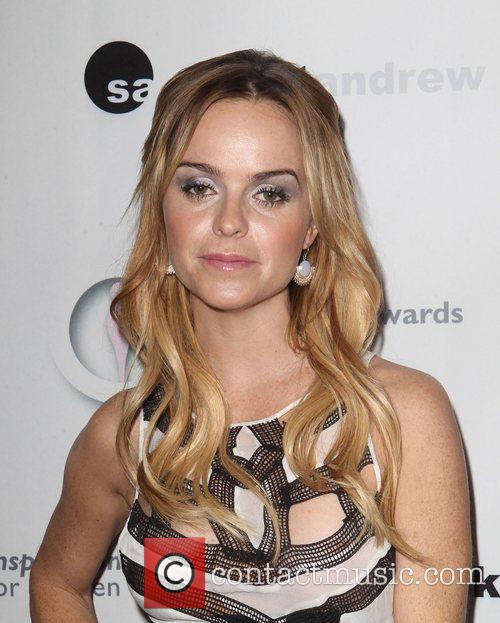 The 8 Mile and Hustle and Flow actress was in court this morning facing accusations that she punched her makeup artist in the face, after which she started kicking her in the face and torso, scratching her, grabbing her by the hair and slamming her against the floor and wall, and choking her. Manning is facing charges of assault in the third degree and criminal obstruction of breathing or blood circulation, she is currently on release from custody on her own recognizance.

According to a report from NYPD given to TMZ, Manning was taken into police custody early Thursday morning in her room at the Dream Downtown Hotel in New York after an anonymous call rang 911 to report a brawl involving Taryn and her 23-year-old make up artist. During the phone call, she was accused of punching and kicking the woman during a rather one-sided brawl. 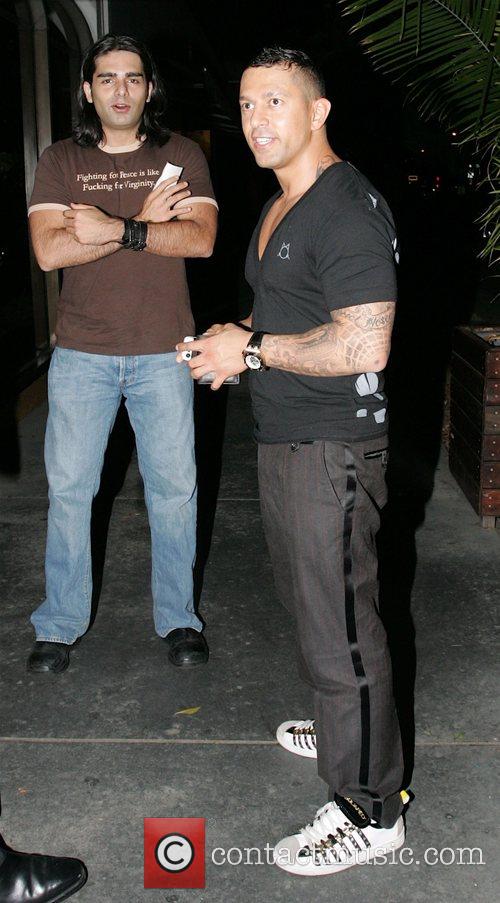 By David Levine
Terrible
Britney Spears, the young queen of pop, has hit a fork in her career. With several hit albums under her arm and millions of dollars in her pockets, I guess she figures the time is right to rediscover the acting talent she had as a child as a member of The All New Mickey Mouse Club. She is one of many recent female pop divas that have also tried, unsuccessfully, to cross the boundary from music to film. And if Britney is looking to reveal that hidden talent with her work in Crossroads, her feature film debut, she better look elsewhere.

Spears plays Lucy, the beautiful but brainy valedictorian of her graduating high school class in a small Georgia town. She can carry a tune, but her divorced dad (Dan Aykroyd, in a role we've seen from him too many times before) has decided she will not study music in college but will instead study to become a doctor. Because of her focus on studying, she has missed out on the high school experience and has lost touch with two close childhood friends. After graduation, the three girls put their differences aside and reinvent their friendship by digging up a time capsule they planted as kids. Ah, they have something in common after all: The desire to get out of their small down. Lucy, the all-American girl, wants to meet the mother who left her at age three; Kit (Zoe Saldana), the fashion queen, wants to see her fiancé at UCLA; Mimi (Taryn Manning), the expecting mother, wants to pursue a singing career. And Mimi's mysterious guitar-playing friend Ben (Anson Mount) agrees to take the girls on a road trip to California in his '73 Buick convertible.

Freshly graduated from jail bait status, Britney Spears wastes no time getting down to her skivvies for her acting debut in the coming-of-age road movie "Crossroads."

After a prologue in which three little girls bury a box of mementos and pledge to dig it up the night of their high school graduation, the film cuts to eight years later when one of those girls has grown up into Lucy (Spears), who is introduced bouncing around her room, lip-syncing to Madonna songs in her two-sizes-too-small underwear.

Later she appears in an even teeny-weenier pink bra and panties -- then in a towel, then in a wet dress, a bikini and several other low-cut and high-cut outfits. Perhaps this is a concession to the all the reluctant teenage boyfriends that will get dragged to this picture by their Britney-loving girlfriends.