A new trailer has arrived for 'Kingsman' sequel 'The Golden Circle'.

The first trailer for 'Kingsman: The Golden Circle' has finally arrived with a lot of surprises in store. Taron Egerton is back as our favourite working-class spy Eggsy as he takes on a new enemy - and, indeed, discovers new allies in the form of Statesman.

Taron Egerton returns as Eggsy in 'Kingsman: The Golden Circle'

A sequel to the award-winning 2014 British spy comedy 'Kingsman: The Secret Service', 'The Golden Circle' introduces a host of new cast-members to join Kingsman as their American counterpart Statesman. Matthew Vaughn is back in the director's chair in his first ever movie sequel.

Is Colin Firth's character Harry Hart back from the dead?

Mark Strong returns as Eggsy's trainer Merlin and Sophie Cookson is back as Eggsy's best pal and co-agent Roxy aka Lancelot. Perhaps the most surprising return, though, is that of Colin Firth as Eggsy's former mentor Harry Hart. Could Harry possibly be alive after a clear shot to the head in the last movie? Most likely not; Vaughn has previously teased that Firth would return as either a zombie or Harry's evil twin. Judging by his new eye-patch in the trailer, we're tempted to assume the latter.

Watch the trailer for 'Kingsman: The Golden Circle' here:

What we do know, however, is that the Kingsman headquarters have been completely levelled by a new adversary named Poppy (Julianne Moore) who has plans to take over the world with her totalitarian organisation The Golden Circle. Eggsy, Merlin and Roxy have no choice but to fly to America and team up with an allied secret agent group called Statesman; all the members of whom are named after alcoholic drinks. Along with their new friends and a host of ever more creative weapons and gadgets, they are determined to release the world from Poppy's destructive hands. 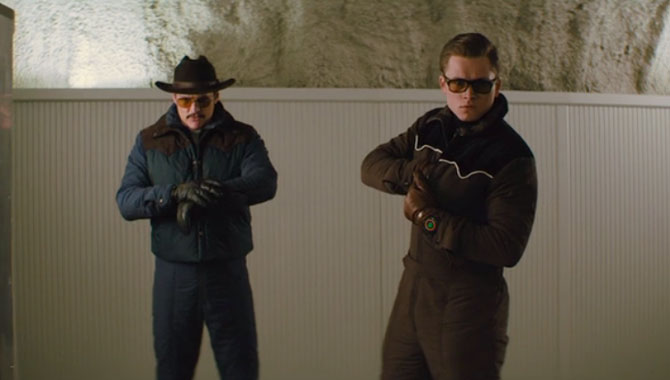 New cast additions include Channing Tatum as Agent Tequila, Pedro Pascal as Agent Whiskey and Jeff Bridges as Agent Champagne. We can also expect appearances from Brit hard-man Vinnie Jones and Cara's sister Poppy Delevingne. Elton John is expected to make a cameo appearance. Meanwhile, Halle Berry plays a spy named Ginger; whether or not that's a deliberate homage to her role in the 2001 film 'Swordfish', we're yet to find out. 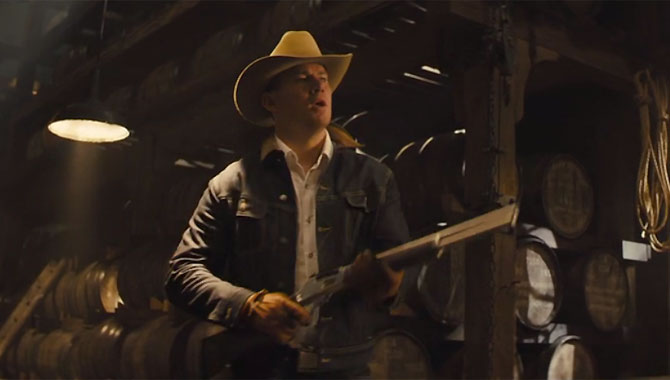 Based on the 2012 comic book series 'The Secret Service' by Mark Millar and Dave Gibbons, the film sees the return of director Matthew Vaughn ('X-Men: First Class', 'Kick-Ass') and his writing partner Jane Goldman ('Miss Peregrine's Home for Peculiar Children'). Vaughn is rumoured to be at the helm of a forthcoming Superman film project, and will also direct the adaptation of Terry Hayes' debut spy novel 'I Am Pilgrim'.

'Kingsman: The Golden Circle' is set for release in the US on September 22nd 2017. 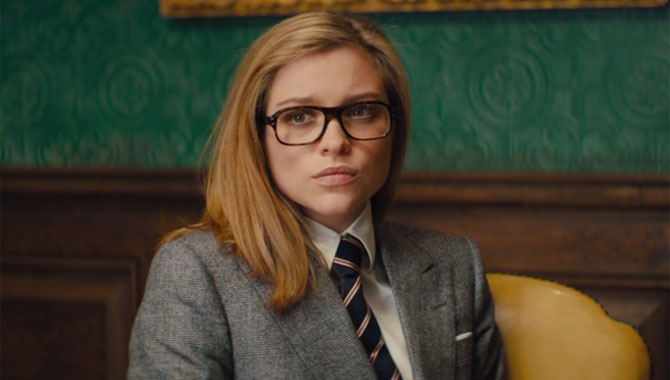 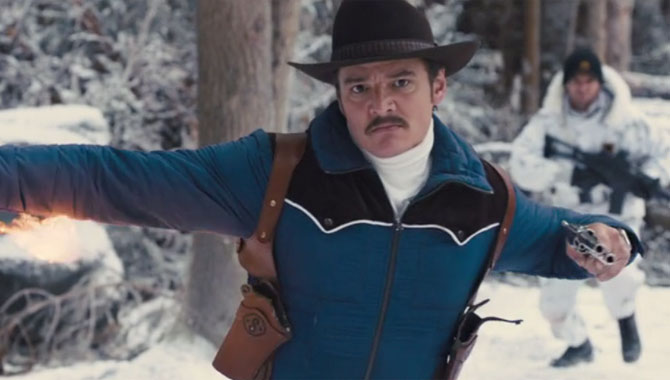 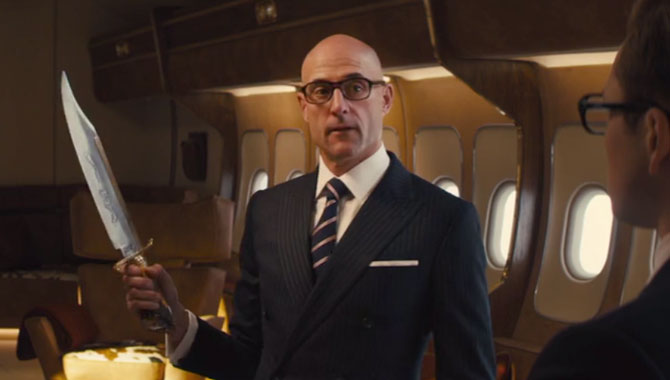 Mark Strong is back as Eggsy's trainer Merlin 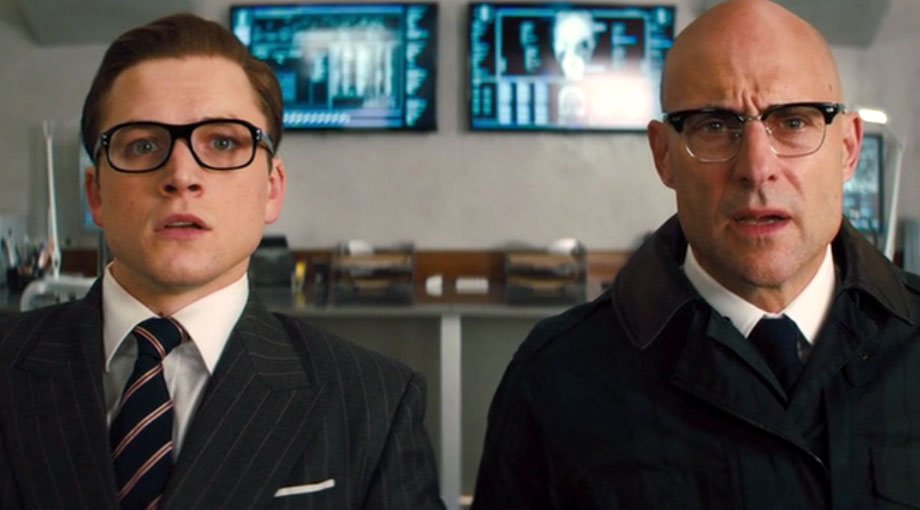