Henson, who plays Cookie Lyon on the Fox series, celebrated her win in a way that would make her character proud.

Taraji P. Henson scored her first Golden Globes win on Sunday, taking home the Best Actress – Television Series, Drama award at the 2016 ceremony. When her name was called the ‘Empire’ star wasted no time in channeling her inner Cookie Lyon, by passing out tasty treats to her fellow attendees. 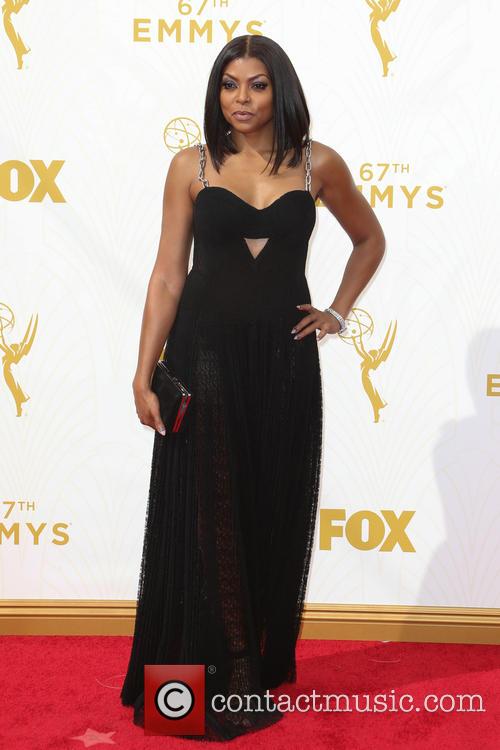 Henson handed cookies to stars including Angela Bassett, Lady Gaga, and Leonardo DiCaprio, as she made her way to the stage. Backstage the actress revealed that her decision to hand out the treats was a spontaneous one, there just happened to be a packet of cookies on the table.

“I just did not expect them to call my name,” she told Entertainment Weekly. “I never do. I come to these events and it’s like, I’m just gonna have fun, ‘cause you just never know how it’s gonna come out. But when they called my name, it was like, visceral. I was like, well the cookies are here. I guess I should hand them out. I don’t know, it was just a spontaneous moment.”

Accepting her award, Henson began her speech by proclaiming, “Cookies for everyone tonight—my treat.” “Who knew that playing an ex convict would take me all around the globe?” the actress continued while laughing.

“It just goes to show...I thought it would be Queenie, Will [Smith], my character from Karate Kid—but it's Cookie, who spent 17 years in jail for selling crack, So, the world loves real, thank you. So many people to thank...My manager...my publicist..."

Henson’s speech was then nearly cut off when the teleprompter then asked her to please wrap’, to which the actress replied: “Please wrap? Wait a minute. I waited 20 years for this. You gon' wait," the actress said. "Yeah, you gon' give me a little more time.”

“My fans been praying for this. You gotta give me time,” Henson continued. “Thank you for believing in me! My beautiful boys who play my sons. I am taking this home for the entire ‘Empire’. Terrence Howard I am nothing without you. Cookie is nothing without Lucious.”