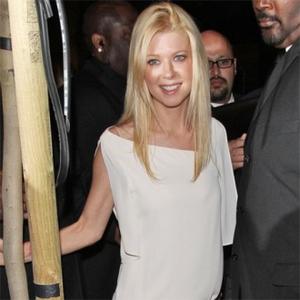 The 'American Pie' actress - who wed the finance worker on the Greek island of Santorini last week after a whirlwind three-month romance - admitted the couple had no intention of taking their relationship to the next level, but it just "felt right".

She said: "You know when they say, 'You just know'? That was it for me. I knew. It was love. The wedding wasn't planned. We didn't go on holiday to get married.

"But, when he proposed, it felt right and we just thought, 'Let's do it now'. We both wore white clothes and just did it on the beach. It was so romantic."

Tara - who has been engaged twice before - is planning to start a family in the future and "can't wait" to get fat.

In an interview given before she entered the 'Celebrity Big Brother' house in the UK, Tara said: "We'll definitely have kids but not just yet. I can 100 per cent see myself as a mother. I can't wait to get fat and have that belly. I think it looks really cute."