Tara Reid Back With Ex?

Tara Reid has been photographed cuddling up to her ex-fiance at a party sparking speculation they have rekindled their romance. 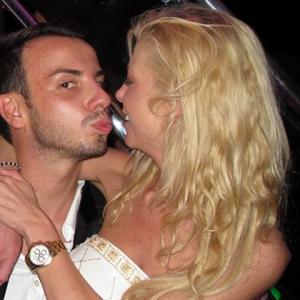 Tara Reid is believed to have got back with her fiance.

The 'American Pie' actress split from German internet entrepreneur Michael Axtmann in April - just a month before they were due to get married - but the pair have now been seen at a yacht party puckering up to one another.

Tara was spotted sitting on Michael's lap looking lovingly into his eyes as he pursed his lips together for a kiss during the boat bash which was held by heiress Denise Rich in St Tropez, in the South of France, last night (28.07.10).

A source said: "Tara and Michael seemed to be having a great time. Anyone who saw them would have thought they were a couple in love."

Later in the evening, Tara cuddled up to Buzz, posed for pictures with Ivana and took to the dancefloor to shake her body.

In the wake of Tara and Michael's split, the businessman's father Siegfried Axtmann claimed the wedding was called off because the 34-year-old actress didn't want to sign a pre-nuptial agreement.