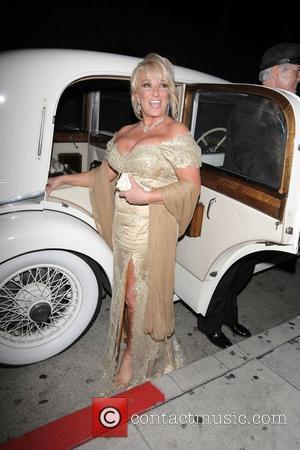 Country star Tanya Tucker has won a restraining order against her ex-husband, songwriter GERRY LASSITER, as she attempts to win a custody battle over the couple's young daughter LAYLA.

The singer, known as THE TEXAS TORNADO, felt compelled to keep her ex away from her and her daughter after he allegedly threatened her life in a fight at her Nashville, Tennessee, home.

Tucker claims Lassiter flew into a rage when he realised his ex-wife had changed the locks without informing him, and threatened to blow her head off.

She alleges he later sped off in his car with their child.

A Nashville judge ordered him to return the child to his mother, despite Lassiter's claims that he's a "more stable" parent.

Layla is now in the custody of her mother and her father has been told not to interfere with her custody.

Meanwhile, Lassiter's spokesman claims the songwriter and his ex are working out things "amicably". He says, "They are doing what is best for their daughter."

Tanya Tucker - Merry Christmas Wherever You Are Video