Tango In The Attic is set to release their much anticipated second album on April 12th 2012, which is, as yet, unnamed. The album is the follow-up to their 2010 debut Bank Place Locomotive Society.

The band has released a live video for 'Swimming Pool', a track which will appear on the forthcoming album. The video is a live session the band had recorded in a warm studio, with frosted windows reminding us of the cold weather. The location highlights the warmth, vibrancy of their music and was directed by Stephen David Grant.

After the release of Bank Place Locomotive Society, the band took time out to pursue other projects. They eventually came back together in October 2011 to record their second album. The boys have honed their sound in the studio, making their second album a more mature answer to the band's previous quirky indie pop sound.

In March 2012, Tango in the Attic will tour the USA. On their return, the boys plan to tour the UK relentlessly from May 2012 onwards, before heading out to Japan. Alongside all the touring, these busy boys plan to release their latest single in March 2012; the aforementioned second album in April 2012, followed by another single in May 2012.

Tango In The Attic - Swimming... 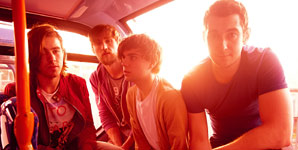 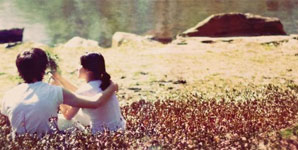