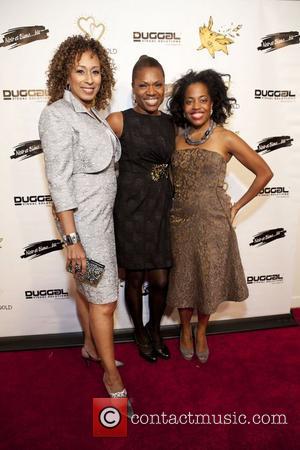 Tamara Tunie, the American actress and star of 'Law and Order: Special Victims Unit', seemingly found herself in a real-life crime drama after her accountant admitted stealing more than $1 million from her on Thursday (10th November 2011).
According to the Associated Press, Joseph Cilibrasi, who was also Tamara's business manager for over ten years, pleaded guilty to grand larceny and other charges. He used some of the stolen cash to finance his own business ventures in the entertainment industry, including investing in Hollywood movies and Broadway productions such as 'Legally Blonde: The Musical' and the Tony Award-winning 'Spring Awakening'. He secretly opened a credit card account in the actress's name and wrote checks to himself, without her permission. Speaking on Thursday, Mr Cilibrasi said, "I stole over $1.4 million from Ms. Tunie Generet by converting funds from her (business accounts) to my personal use". The actress plays medical examiner Melinda Warner on the long running NBC series and is married to the acclaimed jazz singer Gregory Generet. Although he is free pending a January 4th sentencing, Cilibrasi's plea deal calls for between two-and-a-half years to seven-and-a-half-years in prison.
As well as her television work, Tunie also starred in the 1997 action-thriller 'The Peacemaker, with George Clooney and NICOLE KIDMAN.

"The Caveman's Valentine" is a terrible title for an intelligent movie. It sounds like some...