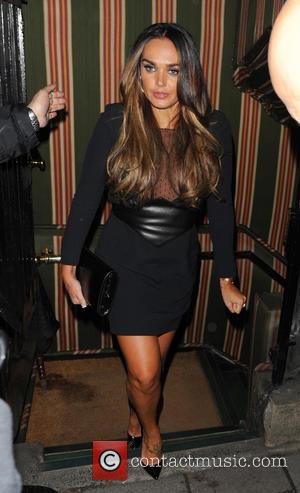 British socialite Tamara Ecclestone has broken her silence after her ex-fiance was jailed for trying to blackmail her, insisting she is pleased with the ruling because she "would never be held to ransom".

The 28 year old, whose father is billionaire Formula One boss Bernie Ecclestone, breathed a sigh of relief on Monday (25Feb13) when her former boyfriend Derek Rose was found guilty of attempting to extort $320,000 (£200,000) from her, and was subsequently slapped with a four-year prison sentence.

Ecclestone has now opened up about the case, maintaining she never intended to hand over the money to Rose.

She tells Britain's The Times newspaper, "He sold a story on me when I was 17, so I guess he thought this was an easy way to make more money. If he thought I was going to hand over the cash he obviously didn't know me very well. I would never be held to ransom by anyone. If he'd asked for £5 I wouldn't have paid him. I'm pleased I can draw a line under it now and move on...

"Thinking that someone always wants to make money off you isn't a good way to live your life. It would make me bitter. I don't like to see the bad in people. I like to think that people can change and maybe that I can be the person to make someone change. But once someone betrays my trust, I don't believe in second chances."

It has been an eventful week for Ecclestone - she announced on Monday she is engaged to former stockbroker Jay Rutland, who she only met last month (Jan13).

The brunette beauty now admits she plans to protect her fortune going into marriage by asking Rutland to sign a prenuptial agreement.

She adds, "I'm sure Jay would want one because it's not nice for him to have people making assumptions which aren't true."

Tamara Ecclestone is a mum again!