Rock quintet from Swindon Talk In Code will release their debut single 'Face To Face' on Realm Productions for download only on August 6th 2012 along with B-side 'Catapult'.

The video counterpart to the track is slightly bizarre but imaginative, and very funny! Featuring a large puppet in the shape of a young man who wakes up one morning terribly hungover but remembering a drunken tryst with a pretty blonde the night before. His spirits high, he spends the day preparing to meet her again only to discover, upon their meeting, that 'she' wasn't actually what he had recollected. The song is brilliantly anthemic; a catchy tune that has serious chart-hitting potential. There's no phoney American accent here - the vocalist emphasises his Swindon accent giving the track that British indie twist so well-loved by the nation.

Talk In Code have had numerous collaboration offers from the likes of DJ Armin Van Buuren - a Dutch producer specialising in trance - and duo Ben Robbins and Steve Balsamo who separately have a long list of musical achievements and together team up at Dean Street Studios in Soho, London. The band have also played on more than 60 radio stations all around the country as well as in Australia, Canada, Spain, Mexico, Israel, Africa and Singapore. They are set to play live at the Summer of Love and Music (SOLAM) Festival on August 11th 2012. 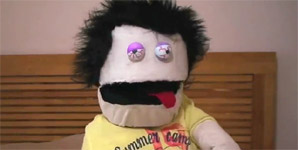