Rapper Talib Kweli Has Become The Latest Star To Bend The Rules Of The Music Industry And Release A New Album With No Fanfare. 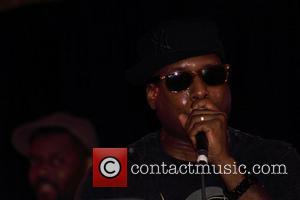 The hip-hop star has surprise-released a new compilation of rare tracks, B-sides and previously unheard recordings, featuring the likes of Killer Mike and Kanye West.

The new album's highlight track is the West-produced Wack N**gaz, which features guest verses from Kanye, Common and Consequence.