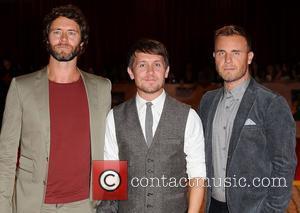 Gary Barlow has announced that Take That will start work on a new album next year and they’ve got none other than Sir Andrew Lloyd Webber on board to help out with the songwriting. Quite what that will mean for the man-band isn’t clear but hopefully they’re not going to go all jazz-hands and stage musical on us.

In an interview with the Daily Mirror, Barlow confirmed “I have got a lot of Take That stuff next year and then, hopefully, a tour the year after. A new studio album feels right for us, it has always been in our minds.” He added “The band cycles are obvious. Everyone wanted a year off this year, and now everybody can't wait to get back into the studio in February and that is what we are going to do. So, hopefully, an album for Christmas and a tour the following year.” The band have been enjoying their renaissance, after splitting in 1996 and then getting back together in 2008.

Fans will no doubt be wondering just how long they’re expecting to carry on, but Barlow assured them “We’re far from over. We’re all creative, we’re singers and songwriters. There’s plenty left in us, don’t worry… Mark’s solo album is out next year. I was talking to him about it earlier today and he’s very excited about it.” Good news then… now all we need to figure out is whether or not Robbie’s going to stick with them at all.