Tahiti 80 - The Past, The Present & The Possible Album Review

Review of The Past, The Present & The Possible Album by Tahiti 80

Now a six piece, Tahiti 80 have been treading an unspectacular line between anonymity and struggle ever since their formation in Rouen in the early 90's, despite a seemingly overt desire to channel the spirit of Gallic pop into something palatable to folks from both sides of la Manche. 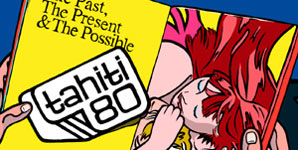 Half a dozen albums in, at times on The Past, The Present & The Possible it feels like they've almost managed it, especially during the claustrophobic-foot stomping Darlin' (Adam & Eve Song) and also on paean to reflected stardom Gate 33.

Disciples of any of that trio - or post punk/acid house in general - may find some of the touches here a little too saccharine, especially on Easy and Rain, Steam and Speed, both serving as a reminder of how easy it is to slip into Air-esque loucheness. It'd be a cliche to suggest that this journey into soft focus nothingness was somehow a matter of satisfying a national stereotype however, and any suggestions of it (Along with comparisons to those other globe conquering Frenchmen Phoenix) are quickly rebuffed by the eddying acid techno splurges of Crack Up. The truth is that if The Past The Present & The Possibility owes a debt to much of anything homegrown, it's the electronic easy listening of The Gentle People's Simply Faboo, an outfit who briefly at the end of the last century threatened to become Paris' answer to St.Etienne, if that makes sense. We digress, but ironically, by similarly reaching back, Tahiti 80 have never sounded more contemporary.

Tahiti 80 - The Past, The Present & The Possible 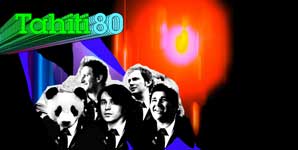 Tahiti 80 - Wallpaper For The Soul