Tab Hunter was America's Boy Next Door in the 1950s, attracting a large female following who were captivated by his good looks and charm. As his career went from strength to strength it seemed nothing could stop him, unless of course the secret about his sexuality got out. In Tab Hunter Confidential we will meet, for the first time the real Tab Hunter as he shares his true story about being a gay actor in Hollywood back when it would have ended your career and maybe even landed you in jail. From starring in films opposite Natalie Wood in the 1950s to kissing Divine in John Water's Polyester in the 1980s, Tab Hunter has had a rollercoaster ride like no other in Hollywood and now he's happy, healthy and ready to tell his tale of success and survival.

I Am Divine Review

With an appropriate explosion of humour and colour, this documentary traces the life of a fiercely individualistic actor, digging beneath the surface to explore both his origins and his legacy. And frankly, it's about time someone documented the iconic cross-dressing performer Divine, who died at age 42 in 1988, just as his career was leaping into the mainstream. The fact is that this man completely changed music, theatre and cinema.

Born in Baltimore, Glenn Milstead played dress-up as a child and was routinely beaten up in school. He could never pass as a normal kid, so he never tried. Fortunately, at 17 he met John Waters and found a group of people who were outcasts like him. Waters renamed him Divine for his film Roman Candles, and the name stuck. Divine spent time in San Francisco developing the character while performing with the legendary Cockettes, then took the New York stage by storm and launched an international recording career., He also continued to rise in the ranks of cinema actors with performances in Waters' classics Pink Flamingoes, Female Trouble, Polyester and the award-winning Hairspray, which crossed-over into mainstream success and led to a non-drag role as Uncle Otto in the hit TV sitcom Married... With Children. He died of heart failure in his sleep the night before taping his first episode.

Filmmaker Jeffrey Schwarz (whose previous film Vito documented the life of gay-rights activist Vito Russo) gives the movie a lively pace, as a wide range of colourful people talk about their experiences with Divine through the years, including his mother Frances Milstead who reunited with her son later in life. There's also extensive footage of Divine talking about himself in interviews he gave around the world throughout his career. Combined with extensive clips, backstage video and personal photographs, the film is a remarkably complex portrait of a talented artist who was excessive in everything: food, drugs and love. But he was also fiercely disciplined when it came to his work.

Continue reading: I Am Divine Review

By Don Willmott
Good
Battle Cry is a colorful and overpacked CinemaScope-era World War II epic that, at two hours and 29 minutes long, feels about as long as the Battle of the Pacific it depicts. What sets it apart from other WWII flicks is its emphasis on the psychology of soldiering rather than the logistics of battle. It's not about the assault on the beach. It's about how the soldiers have been trained to feel about the assault on the beach. The result: too much talk and not enough flamethrowing for a film that covers the war's bloodiest battles.

We begin with a trainload of Marine recruits who are so stereotypical that the solemn narrator even introduces them by their stereotype labels: the dumb north country lumberjack Andy (Aldo Ray), the All-American boy Dan (Tab Hunter), the hoodlum, the sensitive bookworm, the "Injuns" recruited for Navajo code talking, and so on. They've left behind an assortment of families and girlfriends who will haunt their thoughts and test their faithfulness throughout 10 weeks of basic training in San Diego and the ocean journey to Hawaii and beyond. 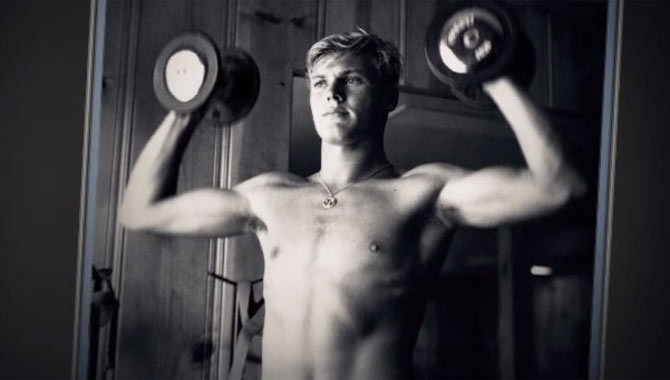