Rapper T.I. Is Coming To The Defence Of His Protegee Iggy Azalea After She Cancelled Her U.s. Tour To Give Herself A Mental "Break". 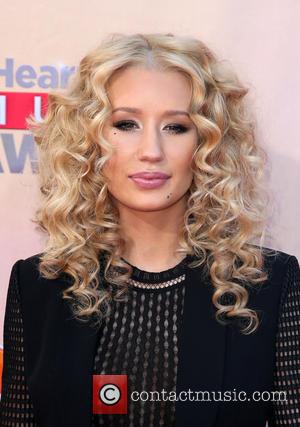 The Australian hip-hop star initially postponed the start of her The Great Escape Tour from spring (15) to autumn (15), but subsequently scrapped the entire trek last month (May15).

The Black Widow hitmaker later blamed exhaustion for the change of plans, insisting she wanted to take some time to enjoy the fruits of her success.

T.I. is now throwing his support behind the embattled 25 year old, insisting she has the right to back out her own tour if she doesn't feel 100 per cent up to performing.

In an interview with New York radio station Hot 97, he says, "One thing about it, it's just like when you shoot a bullet out of a gun - you can't take it back. So once that tour goes out, it's out. You have to feel the absolute most confident, and you have to be in the best position to present your art to the world.

"If you don't feel that, for whatever reason, there's no reason to half-a** present anything. So I feel any artist deserves the right to postpone or reschedule any presentation of their art. Any true fan should appreciate that."

The Great Escape Tour is not the only event Azalea has pulled out of - she was originally set to perform at the Pittsburgh Pride parade in Pennsylvania on Saturday (13Jun15), but scrapped her appearance after facing criticism from numerous lesbian, gay, bisexual and transgender (LGBT) campaign groups for previously making questionable comments on social media, which some have interpreted as homophobic and racist.