Sylvester Stallone wants to play Jane Bond because he doesn't think being cast as James Bond ''would work''. 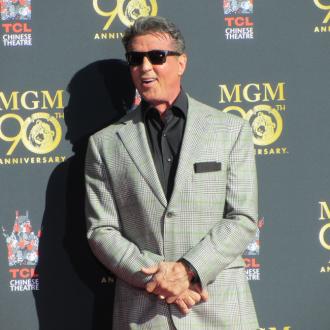 The 68-year-old actor doesn't think he has what it takes to play iconic British spy James Bond - who is currently portrayed by Daniel Craig - but would like to try a new take on the famous franchise.

Asked if he wants to play Bond, he said: ''Oh my God, maybe Jane Bond. I don't think James would work. My English accent is not worthy of the kingdom.''

The 'Expendables' star thinks actors are not like ''regular folk'' because they have such extreme mood swings and big egos, but he thinks that masks low self-esteem.

He said: ''All actors are a little off-centre. They're not regular folk - they're very sensitive, malleable and impressionable.

''They have mood swings at times. The beauty of a good actor is that you can swing these moods when the camera requires.

''Actors have big egos but quite often it's in a 'he doth protest too much' kind of way.''

Though he has never won an Oscar, the actor thinks his time will come one day.

He told Britain's OK! magazine: ''It depends on the mood of Hollywood, it's a cyclic thing.

''Eventually, if you're around long enough, you get appreciated for longevity, which to me is the greatest Oscar of all - working and providing entertainment.''