Sylvester Stallone To Put Rocky Gloves Up For Sale

Sylvester Stallone Is Putting Memorabilia From His Most Famous Movies Up For Auction, Including The Boxing Gloves He Wore In Rocky And A U.s. Army Jacket And Knife From The Rambo Franchise. 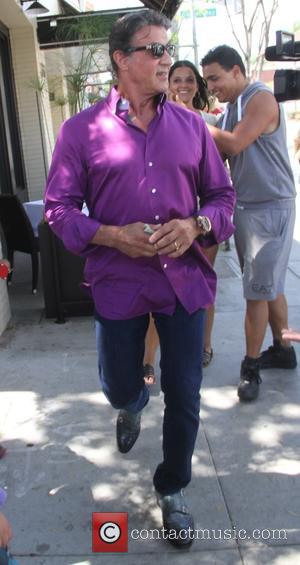 The action star has gone through his personal collection of props and costumes from his stellar film career and will be putting them on sale in October (15).

As well as the boxing gloves Stallone used in the Rocky films, the fictional sportsman's robes and trunks will also go on sale along with Rambo's famous hunting knife.

The 69 year old actor reveals his clear-out was inspired by a recent sale of John Wayne film memorabilia.

He says in a statement, "I saw the John Wayne auction and I thought it would have been so much more effective if John Wayne had still been alive so he could explain to his fans what some of his pieces meant to him. I'm not that young, but still aware enough to appreciate the people that will appreciate owning (these items)."

A portion of the proceeds from Stallone's sale will go to military charities.