Sylvester Stallone once ''slammed'' Steven Seagal up against a wall for saying he didn't want to associate with him. 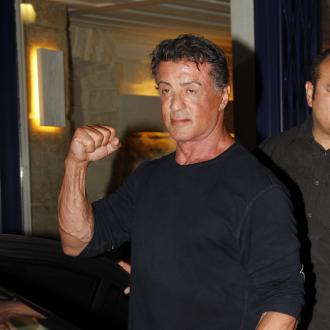 Sylvester Stallone once ''slammed'' Steven Seagal up against a wall.

The 'Bullet to the Head' actor was involved in an altercation with his fellow action star after he said he didn't want to be associated with him and his set of macho action film actors.

He said: ''Steven Seagal said that he, 'Didn't associate with that kind of element' - meaning me. So I slammed him up against a wall.

''At that time, our testosterone was running full bore. He was full of his height [Steven is 6ft 3in, Sylvester is 5ft 10in] and I was full of ... Myself. But we made up. He can be very abstract.''

One action star Sylvester, 66, gets on better with is Jean-Claude Van Damme - who recently appeared with him in 'The Expendables 2' - and he even lets the Belgian star do an impression of him.

He added to Shortlist magazine: ''I swear to God. But even he does this, 'Ahhhm doin' daah mooovie with Slaaaah Stallone. How ya doin', baby?' Now you have him, with a French accent, doing my accent. Gimme a break!''