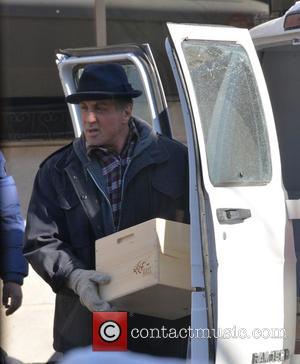 The veteran action movie star shed his tough-guy image and showed off his intellectual side while shooting the latest installment of his Rocky franchise, and it left leading actress Tessa Thompson suitably impressed.