Stallone Reveals He Has A Tattoo Mural To Cover Injuries

The 66-year-old action movie legend Sylvester Stallone has seen more than his fair share of on-set injuries in his time, but has chosen to cover them up with a tattoo of his wife. 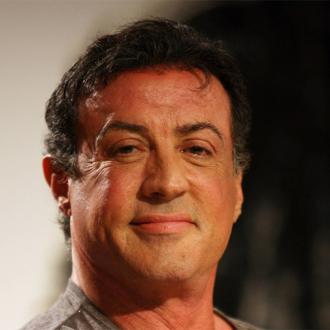 Action movie superstar, Sylvester Stallone, has covered up an unsightly burst vein with a tattoo of his wife. In the film 'Bullet to the Head', Stallone is seen sporting huge tattoos across his back and both shoulders, but instead of being painted on for the role, the actor has revealed that they are, in fact, his own tattoos.

Related: 'The Expendables 3' Reassembles The Troops

''The tattoos are real - unfortunately," Stallone explained, "I have all kinds of chest injuries; I tore my vein during 'Rocky II' and had 60 stitches. If you've seen 'Rocky Balboa', you'll know how bad they look. It got worse and worse, and people were saying, 'Urgh, has he got varicose veins?' So I thought, 'f**k it', and covered them with a tattoo of my wife."

The 'Expendables' actor continued to say that: ''Then the tattoo started to grow and it went to a skull and before I knew it, I was a mural.'' The 66-year-old actor still inures himself on set, as he damaged his calf during the filming of 'The Tomb' with Arnold Schwarzenegger.

As part of an interview with 'Shortlist' magazine, Stallone showed off the injury, saying: ''I just got this one - 70 new stitches. This is from 'The Tomb' with Schwarzenegger. It's a little memento. I've had both shoulders done, my neck done, two back operations, achilles tendon and now this thing - the peroneal tendon - just ruptured. This is the worst f*cking one ever. I feel like an old athlete. Every time you touch something, it breaks.''