Hollywood Veteran Sylvester Stallone Has Scaled Down His Entourage And Dismissed His Bodyguards In An Attempt To Lead A More Normal Life. 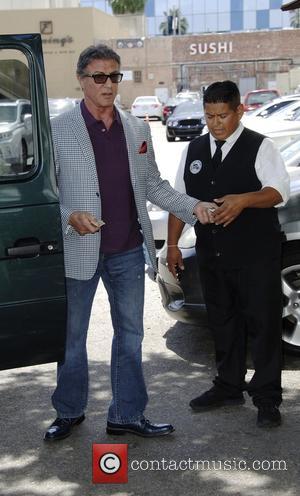 Picture: American actor Sylvester Stallone, who is best known for his roles as Rocky Balboa in the 'Rocky' movie series and John Rambo in the 'Rambo'...

The Rocky star admits he began to feel "isolated" and "distant" when he was surrounded by security staff, so he decided to get rid of his team on the advice of his wife Jennifer.

He tells Britain's Daily Mirror newspaper, "I try to walk, to be among people, so I'm not so isolated. And I don't have security any more - I got rid of everyone. I had a lot of security and it was affecting me. I was becoming distant. They became the only people I would talk to and that's not real, it's not a real experience.

"If you're paying them, they're going to say what you want to hear. I realised as long as you have to pay people to be around you, then they're not really your buddies. I had a lot of friends who were on the payroll and they became a kind of security blanket, they were my reality.

"There's no question about it, I became introspective... So Jennifer sat me down and told me to let them go and for me to deal with my demons and my successes on my own."