Sylvester Stallone advised Michael B. Jordan to take ''ice baths'' on the 'Creed' set to recover from the physically exhausting boxing scenes they had to shoot. 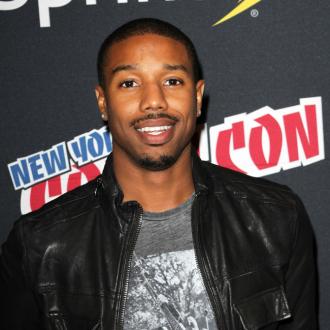 The 28-year-old actor will play boxer Adonis Johnson opposite the 69-year-old movie icon in the 'Rocky' sequel, due later this year, and his co-star insisted the chilly dips were essential to recover from demanding fighting scenes.

However, speaking about the freezing baths Jordan admitted: ''They're the devil.''

Nevertheless, the rising star - who also features as the Human Torch in Fox's 'Fantastic Four' - gushed Sylvester was a huge help while working on the movie because he was open to letting director Ryan Coogler change certain details.

He gushed: ''Working with Sly was awesome.

''He let me and Ryan kind of do our thing with these characters he developed and created 40 years ago.''

And Michael - who has previously starred in science fiction thriller 'Chronicle' and romantic comedy 'That Awkward Moment' - confessed the role was like nothing he had ever done before because of the gruelling regime he had to abide by to ensure he was in shape.

Speaking at a Sports Matter Summer Panel, New York Post newspaper's Page Six Column reports him as saying: ''I ate six times a day and worked out two to three times a day - a lot of boxing.''