The 'Rocky' legend made friends with tourists and soccer fans while filming for 'Creed', the seventh film in the series.

Picture the scene: a group of tourists like any other visit Philadelphia and decide to run up the iconic ‘Rocky steps’. So far, so so. But when they got to the top, they got much more than they could possibly have bargained for: a picture with Rocky himself!

Speaking on Tuesday, 22 year old tourist Peter Rowe said that he and two friends ran up the steps at the city’s Museum of Art on Saturday, only to find Sylvester Stallone at the top. Once in a lifetime photo opportunity duly taken. 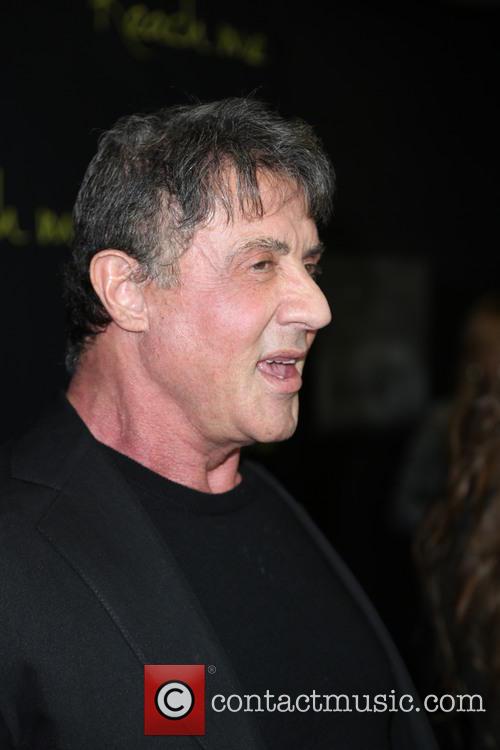 Sylvester Stallone has been making friends while filming for 'Creed'

“He said to us: 'man, you guys are fast. You're making me look bad!'” Rowe explained. Stallone then graciously posed for a selfie, putting up one fist. “Look tough, guys!”, the actor said, according to Rowe. “What are the chances of meeting him, that celebrity, right there?" he added, summing it all up as "an unreal experience.” I’ll say!

More: ‘The Expendables 3’ reassembles the cast

The 68 year old was in Philadelphia shooting the latest instalment in Rocky saga, a spin-off titled Creed in which the now-retired Rocky is the mentor to Apollo Creed’s grandson. Filming for the seventh film in the series led to another noteworthy incident this week, in which cameras turned up to film at half time in Monday’s game between British soccer teams Everton and West Bromwich Albion.

Stallone has been a fan of the Liverpool-based team for seven years, and persuaded Creed’s director Ryan Coogler to shoot a scene there while the stadium was full during the game. Boxer and Everton fan Tony Bellew, who will also star in the film, broadcast a video message to his fellow Toffees fans to help Stallone create a frenzied atmosphere during the interval.

“I would like you to stay in your seats at half-time and keep any eye on the big screens for a very special guest to make a welcome return to Goodison Park. Be sure you make as much noise as possible - go absolutely nuts at half-time - to help us create a brilliant atmosphere.” So, that'll be 35,000 extras, then. Unpaid, presumably.