Pictures Of Stallone's The Expendables Released 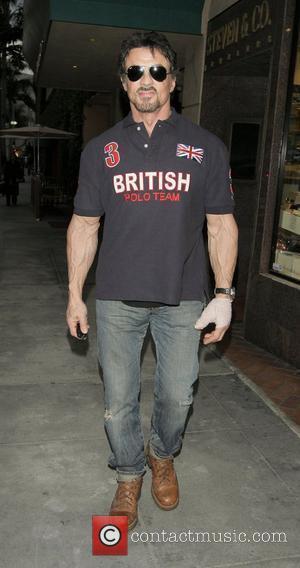 The first stills from forthcoming Sylvester Stallone action movie THE EXPENDABLES have been released.

Although the film has only been shooting for a couple of weeks, images of the production's efforts so far have already been made available.

The four pictures feature Stallone himself as Barney Roth, Jason Statham as Lee Christmas, as well as STONE COLD Steve Austin and Eric Roberts in character as Dan and Monroe Paine.

In The Expendables, an all star cast, which also features Jet Li, portray a group of mercenaries who attempt to end the reign of a South American dictator.

MICKEY ROURKE, Dolph Lundgren and RANDY COUTER are also set to appear in the movie.

The film is scheduled to be released in the US during April of next year.

Stallone, who is writing and director The Expendables as well as appearing in it, last year revisited the RAMBO franchise for the first time since 1988.