Is 'Bullet To The Head' Sylvester Stallone's Worst Movie EVER? 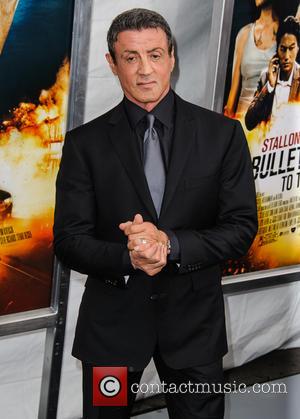 Ok so it's probably not a massive surprise to learn Sylvester Stallone's latest effort - the slightly inappropriately titled 'Bullet To The Head' - has taken a royal kicking from the critics. Based on the French graphic novel Du Plomb Dans La Tete, the movie tells the story of a New Orleans hitman (Stallone) and a Washington D.C cop (Sung Kang) who form an alliance to bring down the killers of their respective partners. It's pretty standard Stallone fare, though guess what? It'll do really, really well at the box-office this weekend.

The Telegraph's Tim Robey got the bad-reviews ball rolling, writing, "The real shock of Bullet to the Head isn't Stallone's reliable inability to speak, but Walter Hill's shoddy job in the director's chair. The editing is brutal in all the wrong ways, as if whole scenes were lopped out at the last minute." Richard Roeper of the Chicago Sun-Times appeared genuinely freaked out by the whole thing, "This is the kind of brainless action movie Sylvester Stallone would have starred in circa 1985. That it stars a Stallone who's closer to 70 than 60 is just ... weird," he said. It was left to USA Today's Scott Bowles to deliver the killer blow, musing, "[Its] sole redeeming quality is that it ends."

So is it really Sylvester Stallone's worst movie ever?

Well, the answer has to be no - there's been some real stinkers of the years. His 2000 remake of Michael Caine's classic Get Carter had audiences and critics screaming "WHYYYYYY?" while the less said about Judge Dredd the better. Ok so he didn't star in the Saturday Night Sequel, Staying Alive (1985), but he directed it, and it was the worst film ever. It still holds a generous rating of 0% on Rotten Tomatoes.

Of course there's plenty of time for Stallone to make something equally bad and the titles of his forthcoming movies don't exactly fill us with optimism. 'Reach Me', 'The Tomb', 'Grudge Match' and - sigh - 'The Expendables 3'.

Watch The 'Bullet To The Head' Trailer: