Trump has reportedly offered Stallone the post of Chairman of the National Endowment for the Arts.

In a move likely to raise more than a few eyebrows, Rocky legend Sylvester Stallone is reportedly being tapped by president-elect Donald Trump to take on the incoming administration’s senior arts role. Yes, really.

According to sources speaking to Dailymail.com on Thursday (December 15th), Trump has approached 70 year Stallone to be the Chairman of the National Endowment for the Arts, a federal agency that dishes out funds to aspiring artists and creative projects. 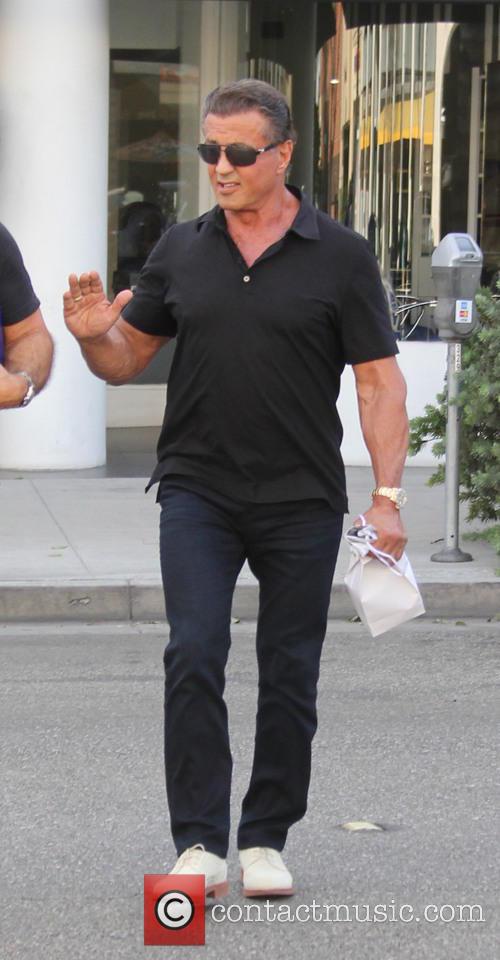 It is said that Trump regards the Hollywood veteran as the man to make the creative arts ‘great’ again. Stallone is thinking about the offer, and is apparently regarding it favourably. However, if he accepts, the appointment will have to be approved by Congress.

“It's been widely and wrongly assumed that a Trump presidency will be hostile to the arts,” a source said. “But Mr Trump feels this sort of A-list appointment is precisely the shot in the arm that the industry needs.”

Stallone, a long-time Republican supporter, was one of very few celebrities to publicly declare their support for the controversial Trump during this year’s election, although he stopped just short of endorsing him to actually be president. He has also previously expressed an interest in entering politics.

“I love Donald Trump,” he told Variety. “He’s a great Dickensian character. There are certain people… that are bigger than life. But I don't know how that translates to running the world.”

The 'Rambo' star, who supported Republican candidate John McCain back in 2008, also hinted at following in the footsteps of Hollywood star-turned-politician Arnold Schwarzenegger, who was governor of California for eight years. “I said to my wife, ‘What do you think?’” Stallone recalled in the same interview. “She said, ‘Are you crazy?'”

More: Will Donald Trump remain as executive producer of his ‘Celebrity Apprentice’?