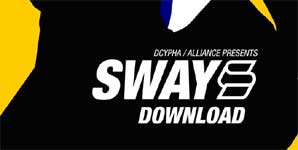 Sway [aka Sway DaSafo] is a man with a musical game plan coupled with the talent and ability to back it up. The charismatic 23 year-old emcee and producer's music is a truly British cross-pollination of hip-hop and grime, which showcases his distinctive flow and witty rhymes. Already sending out shockwaves via his two mixtape releases, Sway is now taking on the rest of the world with his massively pro-active, single minded and determined approach to the music industry…
Proving that talent can shine through without a record deal and that it's possible to make it in the music industry on your own terms, Sway has single-handedly set up a totally independent self-run production company and label, Dcypha, to release his first three records: 'This Is My Promo, Volume 1', 'This Is My Promo, Volume 2', and 'This Is My Demo'. The aim of this hat-trick of releases is to express and establish himself independently as an artist before taking the next step of signing to a label. His master plan is already destined for success with Volume's 1 and 2 on the streets now and generating massive interest. Sway was recently voted 'Best Hip-Hop Artist' at this year's MOBO awards in a category that saw him up against multi-million selling artists 50 Cent and The Game.
The two This Is My Promo volumes exhibit Sway's all round natural abilities in a traditional hip-hop mixtape setting and are precursors to the more fully formed, and now much-anticipated Sway debut album. For the final instalment of the trilogy, Sway and Dcypha Alliance are teaming up with independent label All City to jointly release the This Is My Promo album in January, preceded by this 'Download' single which will be unleashed in November.

People don't wanna pay for CD's, now every other household's got PC's
They download on MP3's, people please be reasonable.
How'm I gonna make my G's if you've got my album before the release,
The quality's rubbish and there ain't not sleeves, do you deem that feasible?

"Grime or UK hip-hop, who cares? This boy's going to be big." Touch :: "the buzz surrounding North London emcee Sway DaSafo is reaching fever pitch" Hip-Hop Connection :: "possibly the brightest spark in UK hip-hip history" Artrocker :: "Sway is the most punk rock man in Britain right now" NME :: "Unsigned rapper with DIY career emerges as star of the MOBO's." Guardian :: "THE HOTTEST RAPPER IN THE UK RIGHT NOW. That needs to written in quotations on posters and flyers next to his name…The levels have just gone up." RWD :: "this guy really is the future of UK urban music." IDJ :: "Salute the real UK talent" Blues & Soul :: "Sway remains unsigned, although surely not for long." Evening Standard :: "Watch out for the big man cos he's about to do big things." Good For Nothing :: "an MC who's going to be very big very soon." Big Issue :: "the most talented comic genius since Slick Rick" Vice :: "Best Hip-Hop Artist" MOBO's 2005 :: "Sway tears up grime, hip-hop drum n bass, even desi beats with equal amounts of devastating charm" Plan B :: "let me introduce you to the most talented all-rounder in UK hip-hop." ukhh.com :: "If you haven't heard this guy then really it's time for you to pay attention" Notion :: "Sway DaSafo is the hottest up and coming talent in our homegrown street scene." Metro :: "Sway sounds like a Formula One talent about to hit the fast lane." DJ :: "he is a major talent. I cannot overstate how important we consider him to be." Head Of Music, BBC 1Xtra. 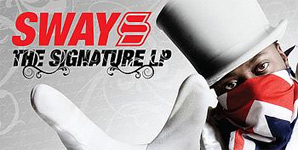 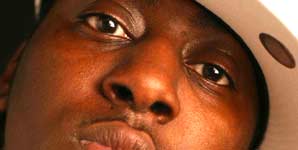