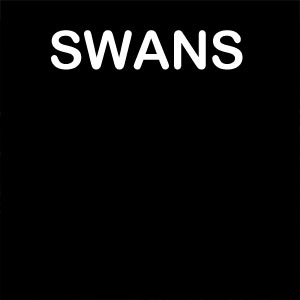 The Seer Returns - An interview with Michael Gira.

The story of Swans, or more succinctly Michael Gira, has been told a thousand times over. His troubled childhood and the trials and tribulations of his thirty years as the dictator of the loudest band on earth does make for a fascinating article, and yet for an artist so obsessed with pushing himself forward it feels almost an insult to dwell so constantly on the past. Even before the release of this year's epic The Seer, an album Michael describes as "The culmination of every previous Swans album, as well as any other music I've made", their mammoth live set included material that outdated it, something rather curious in consideration of such a bold statement. In reference to the question of why he excludes songs from such a definitive work and substitutes them for tracks as yet unreleased he explains;

"...to feel alive. I don't think anyone in the band wants to be playing old songs and pleasing an audience by meeting their expectations. We want it to be, y'know, a vital and uncomfortable place, a new terrain, and hopefully something exciting will happen. We never try to replicate what's on the record."

For those that have seen Swans live this is something that doesn't need saying. The total set-time usually approaches or even passes 180 minutes, and yet barely a handful of tracks are played. He comments;

"The sets are, against our will, expanding. London was about three hours, and it seems to be against our control! These things keep growing, and it is more like the music plays us than us playing it."

Speaking prior to their performance at Manchester's Sound Control his words are a premonition. Their set is certainly long and certainly uncomfortable. In a dangerously crowded venue with no air conditioning for a good two thirds of the set it at times feels like a test of endurance or a battle. When greeting the band backstage just after their soundcheck they seem ready for an imminent war. Guitarist Norman Westberg paces around nervously, gaunt, percussionist Thor sprawls across a sofa seemingly in a trance whilst the trio of Christoph Hahn, Chris Pravdica and Phil Puleo hush small-talk. Mr Gira, at the head of the table resplendent in a trademark cowboy's hat, is the general ready to lead his troops with confidence and assurance. I'm reminded of the protagonist and antagonist of Michael Marshall Smith's 'Spares', trying to convince themselves the war they are about to step into is in fact real.

Like war there is always an uncertainty from start to finish in the world of Swans, and it is a puzzle as to how anything does reach a conclusion. I ask, using 'To Be Kind', the set opener for the current tour as a primer, how a Swans track is born and how it grows, and secondly how absolute his control is in this uncoiling;

"There are several ways. Some things grow just from me having written an acoustic guitar song, and I'll go and play it with a drummer just for a time and then we'll gradually orchestrate it, gather other musicians, build it up like it's a piece of cinema or something. Other ones I'll come to the band with a basic groove and some ideas of how I want it to be and we'll just start playing and figure out how it develops, and I'm kind of overseeing the process, editing live, and gradually it takes its form.

We have three new songs we're playing (on this tour) that in this state aren't really finished, so there's an element of surprise. 'To Be Kind' has developed a lot and the whole orchestrated end section, the louder section, is fitting together. Another example is the third song in the set, which is called 'She Loves Us', and in that the whole groove has changed completely just through playing live, and even the first part has kind of transformed into something else. It's just through seeing what works and seeing what doesn't. ...Last night (in London) we did a version of The Seer that was about 45 minutes long, and there is this whole quiet section that we just started improvising and it just built into something entirely different. It's exciting when that happens.

The band reacts to what I have to say and they play with their own personality, I might make them do something and then push that, or pull back if I don't like it. I'm like a live director."

There is, evidently, a huge emphasis on improvisation and keeping a song as a living, breathing thing. Many times during a Swans set they veer so far from the common path of a particular track that should you leave the venue for five minutes for a drink or merely a morsel of fresh air, something quite necessary during their performance in Manchester, there is no point of reference to tell you just where they are at. It is at times frustrating and at times exhilarating. It also raises an interesting question; with such gargantuan songs being road-tested on roads so winding and untrodden, how exactly do they take the form they do on record? Before going into a studio does Michael have an idea on what the final form will be, particularly on a release such as The Seer which sounds like such a complete work?

"I have lots of ideas, but usually they're abandoned about...fifteen minutes into the session when I hear what things actually sound like! And then I just grapple with what it is. (When writing the material on The Seer) I knew I wouldn't restrain myself, and I would just worry about how it would be formatted later, whether it would just be digital or 4 LPs, or whatever, and it turned out to be 3 LPs. I tried to just let the music take shape, and put it in a form that was gratifying and then moved on. We play three songs from that album now, because they're changing quite a bit from what was recorded.

When we go into the studio things are in a semi-final form. (On The Seer) there's a song called 'Mother Of The World', there was a seed and we played the parts but there was a lot of re-arranging that went on afterwards and it ended up sounding much different than I attended going in.

I've always tried to keep recordings and what we play live as completely separate things. I don't want to be like one of those bands that sample loops from a record and just sound like the record."

Which is a double edged sword. On one hand, if your favourite song is played then it may well miss your favourite part, or skip over entirely a certain section. Contrasting this, however, there is much more enticement to see the band more than once on the same tour as you never know exactly what form a song will take. With an abundance of unreleased material on new tracks such as the aforementioned 'To Be Kind', which begins washed with lulled vocals and a lullaby simplicity that gives way to one of the bands most all-encompassing walls of sheer noise to date, there is an opportunity to get a sneak peak of what is to come on record, but there is a strong possibility that by the time they come to be recorded it will be an entirely different animal.

One of the things of note on The Seer, an album birthed from countless abandoned ideas, is the use of collaboration throughout, with vocals provided by Alan & Mimi of Low, Karen O of the Yeah Yeah Yeahs and Akron/Family amongst others. In reference to Alan & Mimi's lead vocals on the albums' opening track 'Lunacy', how did this come about on an album on which so much was left undecided going into the studio?

"I asked them right after I wrote it. I don't know why I thought of them. I guess I just thought of their harmonies, which are utterly beautiful, and I thought that they belonged there, so I emailed them and they said yes...On the song with Karen O ('Song For A Warrior') I was just singing it and I thought my vocal sounded atrocious! The song was good, but my vocal was wrong, and it was the influence of Chris (Swans bassist Chris Pravdica), he pointed me to some of her solo work and I heard it and thought it was very poignant, and her voice was perfect for the song."

As the last echoes of support act Sir Richard Bishop ring out the interview is cut short by a need for the band to prepare to unleash their latest onslaught. A final question is asked; where now for Swans? Is there a finite plan for the future?

"We'll probably do another record after this, write some more new songs and record them. (On the new songs...) we're taking elements from The Seer and trying to take them into new directions. We're trying still, fitfully, to take them into more open ended grooves, leave behind the pummelling effect.

We have a long time to tour still on this record, but we are getting new material out of it too. There is a song called 'The Apostate' which is the final song of the set, should we make it, that has an entirely new intro not on the record that has developed live that will probably end up being a new song in its own right on the new record.

I'm curating a festival (In London in April), a lot of people have said yes but I can't give any details as yet. Initially it was meant to be a 'quiet' day and a 'loud' day, which is proving to be problematic schedule wise. Also it was initially meant to be a celebration of 30 years of Swans, and I think that's too egotistical."

At all times Michael Gira is a quandary and someone who, despite obviously possessing a clear mind and conviction in everything he does, is hard to pin down. All-controlling on stage, admonishing at band members mid-song should they lose focus, and at almost every other stage of the process of the birth, life, presentation and death of a work, there is an abhorrence of self-congratulation or self-satisfaction. It is the paramount reason that, thirty years on from the start of Swans' journey and half a century from the start of Michael's, he remains one of the foremost forward-thinking minds in alternative music. 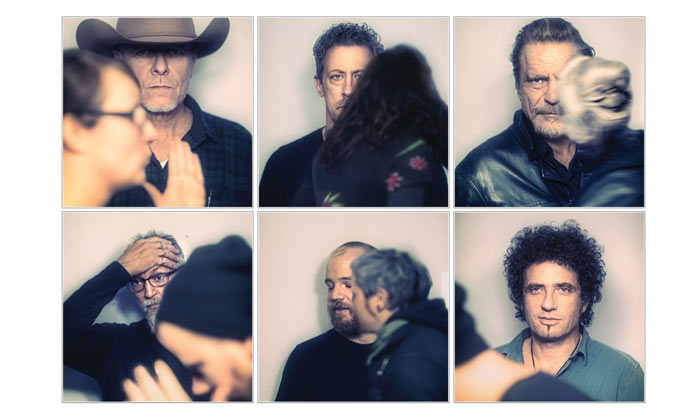 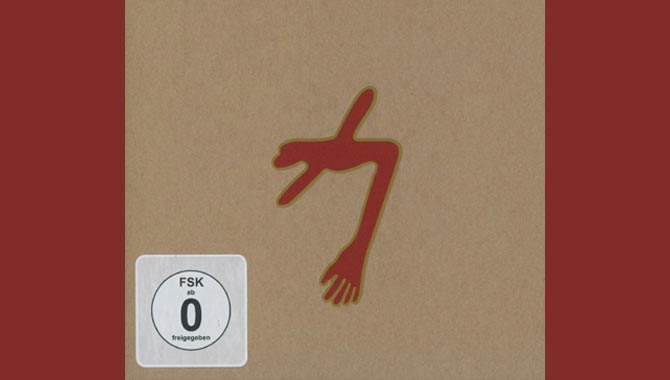 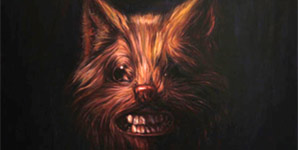