Susan Sarandon has spoken of her sadness at splitting from Tim Robbins after 23 years last December, admitting she never expected them to ever separate. 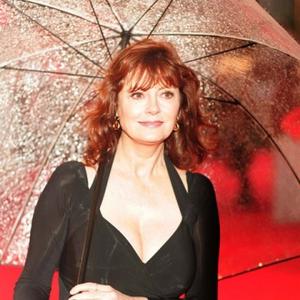 Susan Sarandon didn't think she would "ever" split from Tim Robbins.

The 63-year-old actress split from the actor - with who she has sons Jack, 21, and Miles, 18 - last December after 23 years together and admits she is amazed by how much their separation shocked people.

Susan - who also has 25-year-old daughter Eva Amurri from a previous relationship - said: "People were coming up to me in the street and saying, 'I cried and I cried when I heard.' Well, I was sadder. I didn't think it would ever happen either."

Susan married fellow student Chris Sarandon in 1967, divorcing 12 years later, and decided never to tie the knot again as she thought her relationships would be stronger without an official union - something she is now uncertain of.

She explained: "I thought that if you didn't get married you wouldn't take each other for granted as easily.

"I don't know if after twentysomething years that was still true."

Despite her sadness, the 'Lovely Bones' actress believes her relationship with Tim had run its course.

She added to Stella magazine: "You bring people into your life at certain times. Maybe you have a relationship to have children and you realise that it's fulfilled after that point."