Susan Sarandon had trouble conceiving her daughter Eva until she visited Rome's iconic Spanish Steps in the summer of 1984. 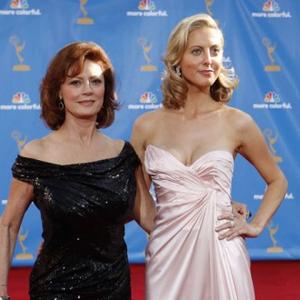 The 65-year-old actress - who has a 26-year-old daughter, Eva, with former partner Franco Amurri - admitted after being diagnosed with severe endometriosis, a Common cause of infertility, she struggled to fall pregnant until she visited the 300-year-old steps in the summer of 1984.

She said: "If anyone out there's having trouble getting pregnant, go to Italy. Have a summer and don't worry about it and eat and drink and ... f**k, and you'll probably get pregnant. And that's what happened with Eva on the Spanish Steps.

"That's where Eva was conceived, on the Spanish steps?"

Speaking about her diagnosis with endometriosis as a young woman, Susan explained it was a "devastating" experience to learn she might not become a mother naturally.

"It's one of these not diagnosed conditions that can be quite, quite devastating."