Susan Sarandon has reportedly split from her boyfriend Jonathan Bricklin after five years together. 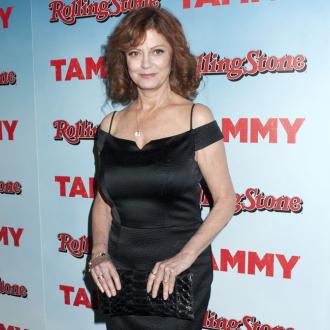 Susan Sarandon has split from her boyfriend.

The 68-year-old actress and entrepreneur Jonathan Bricklin, 37, have gone their separate ways after five years together because the 'Lovely Bones' star

struggled to cope with having their lives filmed for Morgan Spurlock's AOL reality series 'Connected', which follows six people are their partners over six months.

A source said: ''It caused a lot of strain in the relationship.

''It's documented for the show that Susan breaks up with him because she doesn't want to be involved with the show. She says, 'You're a cast member, I'm not.'''

However, the couple's relationship may not be over for good.

The source told the New York Post newspaper's Page Six column: ''As of now, they're working on things.''

Susan has previously admitted she and Jonathan are not an ''ordinary couple'' and insisted the age gap has never bothered her.

She said: ''We don't live under the same roof. We're not an ordinary couple.

''It's the soul of a person that interests me. When you are in love, the question of age, sex, colour no longer hold any importance.''

The 'Tammy' actress has also spoken of how she found it difficult to move on from Tim Robbins, whom she split from in 2009 after 23 years together.

She said: ''[It was] exciting and simultaneously terrifying because there are certain comforts you take for granted in long-term relationships. Even though in my business I meet lots of people, you think of yourself differently when you're on the market than when you're not. So, yes, I'd be lying if I said it was an easy transition.''