Susan Sarandon Fought Back Tears During A Recent Taping Of U.s. Tv Show Dr. Phil As She Imagined Losing Her Battle To Keep A Death Row Inmate In Oklahoma Alive. 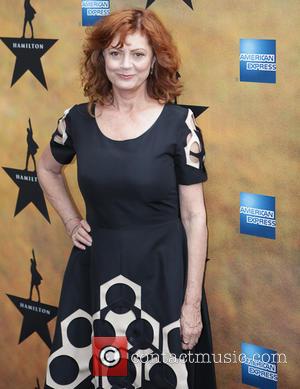 The actress, who played anti-death sentence advocate Sister Helen Prejean in Dead Man Walking, is among the activists fighting to stop officials from killing Richard Glossip next month (Sep15).

She agreed to talk to TV therapist Dr. Phil MCGraw about Glossip's plight as part of an episode of his show which will air in America on Monday (31Aug15), and when the host asked her to imagine how she'd feel the morning after the convicted killer is terminated, she teared up and said, "I'll feel ashamed and sad for us all, not just for him. I mean it's hard to even put an animal down, but to put a man down, it's just not the way we should be living our lives."

Glossip was handed the death penalty in 1988 for his part in the death of a man in an Oklahoma motel. Another man confessed to the baseball bat murder, but told investigators that Glossip, the motel's handyman, had paid him to commit the murder.

Sarandon has added her name to a petition to keep Glossip alive, and she's hoping Oklahoma Governor Mary Fallin will cancel plans to give the Death Row inmate a lethal injection on 16 Sept (15).

She tells People magazine, "We're hoping that the governor will give a stay and ask for a clemency hearing so they can look at this information that hasn't really been looked at before.

"The only thing linking Richard Glossip to the murder is the testimony of the murderer, who was 19 at the time, and gave eight statements that all contradict each other... There's no physical evidence or motive linking him to the crime.

"In Oklahoma alone, of the 10 people that have been exonerated so far, four of them were based on the discrediting of a snitch, and we feel that's what's happening in this case."

Governor Fallin recently released a statement insisting she would not delay Glossip's execution, prompting the Oscar winner to tell Sky News, "The governor of Oklahoma is just a horrible person - and a woman, so it's even more discouraging."

Sarandon has since apologised for the comments, stating, "I got very emotional about it and I feel that she's doing a horrible thing but I don't know that she's a horrible person."