Veteran Actress Susan Sarandon Has Called On U.s. Citizens To Launch A Letter-writing Campaign In A Bid To Shame Officials Into Saving The Life Of A Man On Death Row. 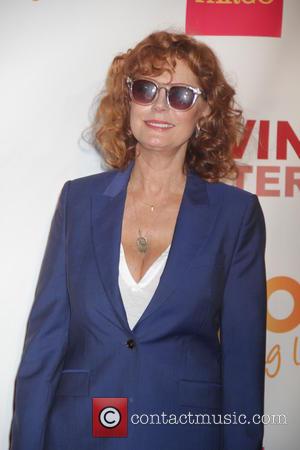 Richard Glossip is due to be executed by lethal injection next month (Sept15) after he was convicted of ordering the killing of a man, based on evidence provided by the actual murderer.

The killer is serving a life sentence in jail while Glossip faces death for arranging the hit, but Sarandon insists the case shows an unfairness in the U.S. justice system and is calling on her fans to bombard officials in Oklahoma with letters urging them to give Glossip a reprieve.

The actress tells Sky News, "Richard's case is so typical. Bad representation, two trials that were ridiculous, no physical evidence. He's put there by a snitch who actually did kill the person, and then the snitch has life and this guy is being put to death...

"Once a mistake has been made within a judicial system, people just do not want to admit that mistake has been made and it becomes impossible to readdress them. And the only thing now that is going to give him a chance to survive is public opinion - is public embarrassment... It's never because of some consciousness-raising that these things change, it's because of some kind of embarrassment. And so this is where public opinion can make a difference."

Glossip's case echoes the plotline of Sarandon's 1995 movie Dead Man Walking, which led to a Best Actress Oscar for her role as a nun campaigning for a prisoner on death row.