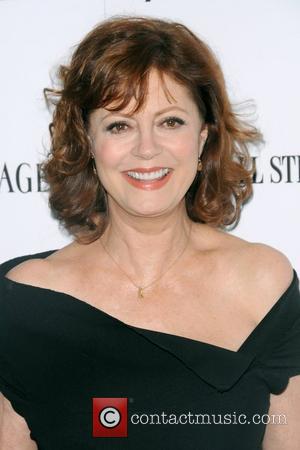 Veteran actress Susan Sarandon refuses to let age concerns affect her romance with her young business partner Jonathan Bricklin, insisting it's the "soul of a person" which really matters.
The Dead Man Walking star split from her partner of 23 years, actor Tim Robbins, in late 2009 and she went on to romance her Spin table tennis club partner Bricklin, who is more than 30 years her junior.
The unlikely pairing has drawn some criticism from detractors, but 65-year-old Sarandon claims age plays no part in their relationship, just like it made no difference with Robbins, 53.
During an appearance on U.S. talk show The View on Thursday (13Sep12), she says, "Well, Tim was a little bit younger... I don't go by age. I go by the soul of a person. I think that when you really love a person, the age thing, the gender, the colour, none of that matters. It's really beyond that."