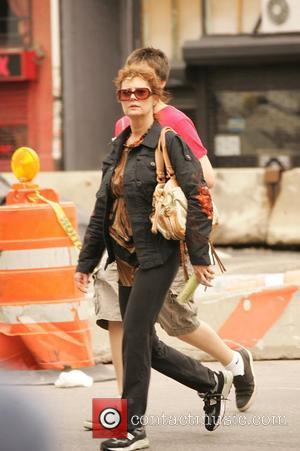 Movie star Susan Sarandon was left redfaced when her son JACK asked her about her lesbian sex scenes with Catherine Deneuve in The Hunger.

The actress prides herself on the wide range of characters she's played during her 35-year career, but admits she almost regretted the steamy romp when faced with her enquiring child.

She says, "My son Jack came home from school one day and asked, 'Did you really play a lesbian vampire?'

"Even I had to think about that one. And then I realised he meant The Hunger. So then I had to say, well, yes I did."