Morgan had tweeted his disapproval at Sarandon's outfit for the 'In Memoriam' segment of the SAG Awards. Chaos, and hilarity, ensued.

Susan Sarandon and Piers Morgan got into a hilariously unlikely Twitter battle – about her boobs. With amused onlookers using the hashtag #CleavageGate, the feud started when the British presenter wrote disapprovingly about Sarandon’s choice of dress for the SAG Awards.

“Would Susan Sarandon wear this to a funeral? No. It was thus horribly inappropriate for an In Memoriam tribute,” Morgan had tweeted on Wednesday (February 3rd) about Sarandon’s outfit at the weekend, which featured a white blazer, black bra and no blouse. 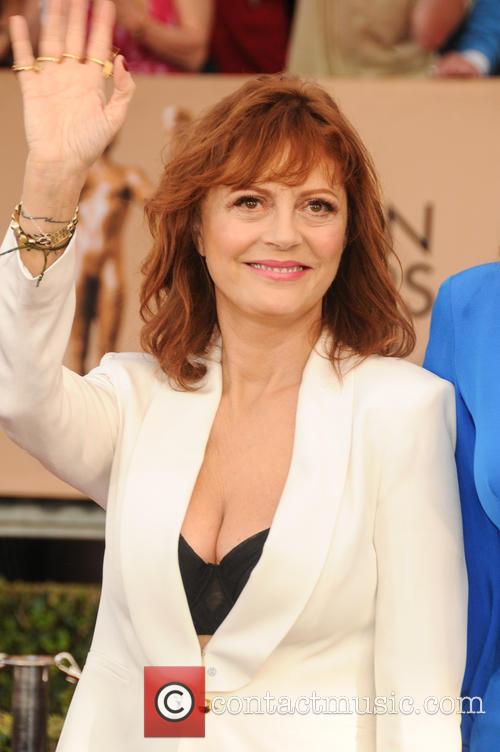 She had presented the In Memoriam section of the SAG Awards the previous Saturday, and bristled at Morgan’s comment. Using a throwback picture of herself in the 1975 Rocky Horror Picture Show, she wrote on Thursday: “Today’s #TBT is dedicated to @piersmorgan.”

Not to be outdone, Morgan photoshopped a picture of himself reclining nude but strategically covered, lying on a rug with a Burger King medallion round his neck. “Today's #TBT is dedicated to @SusanSarandon,” he tweeted.

The ensuing Twitter battle mobilised thousands of 69 year old Sarandon’s fans to pictures of their cleavage, and she spent the day re-tweeting them at Morgan, who was quickly inundated with boobs. “Seems to be some massive misunderstanding that I am anti-cleavage. I'm only anti-cleavage during In Memoriam tributes to dead people,” he wrote in his defence.

Morgan also tried to pick a Twitter fight with what he called “furious feminists” for their reactions to his initial comments. Unsurprisingly, this was a fight he couldn’t win. “Lots of furious feminists raging at me for daring to suggest Susan Sarandon's ‘In Memoriam’ cleavage stunt was tacky. Pipe down. It was.”

When this didn’t seem to work, he decided to try and bury the issue. “Just for the record, @SusanSarandon, I think your cleavage is magnificent. I'd just keep it hidden for ‘In Memoriam’ tributes. Love Piers x,” he signed off.