Richard Glossip, The Death Row Prisoner Susan Sarandon And Her Dead Man Walking Inspiration Sister Helen Prejean Have Been Fighting To Save, Has Been Granted A Two-week Emergency Stay Of Execution. 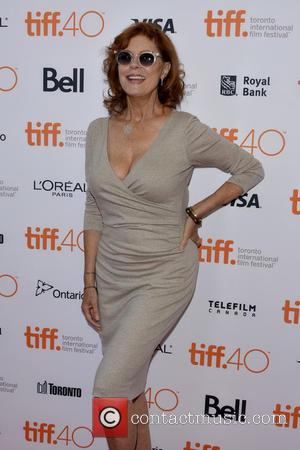 Glossip was handed the death penalty in 1988 for his part in the death of a man in an Oklahoma motel. Another man confessed to the baseball bat murder, but told investigators that Glossip, the motel's handyman, had paid him to commit the act.

Sarandon added her name to a petition to keep Glossip alive, and she has been hoping Oklahoma Governor Mary Fallin will cancel plans to give the Death Row inmate a lethal injection this week.

On Wednesday (16Sep15), Oklahoma court officials granted him a stay of execution hours before he was scheduled to die by lethal injection with the controversial drug midazolam.

Celebrating the temporary victory on Twitter.com, Sarandon writes, "So pleased the court has given Richard Glossip's legal team time to find additional proof of his innocence. I am hopeful not only for him but for the fact that there are people in Oklahoma who are open to new information when the Governor and DA (District Attorney) weren't.

"Thanks to all who raised their voices in the name of truth & justice."

Sarandon broke down in tears during a recent appearance on U.S. TV show Dr. Phil after she was asked to imagine losing her fight to keep Glossip alive.

The Oscar winner said, "I'll feel ashamed and sad for us all, not just for him. I mean it's hard to even put an animal down, but to put a man down, it's just not the way we should be living our lives."