The actress even compares the pair to the Real Housewives.

Whether or not you know anything about Bette Davis or Joan Crawford, Ryan Murphy's new anthology series 'Feud' is one of the most entertaining new releases of the year. Bringing the two big personalities together in a fictionalised setting - based off of real-life tales - the showrunner got Susan Sarandon and Jessica Lange on board to play the warring pair, with brilliant results. 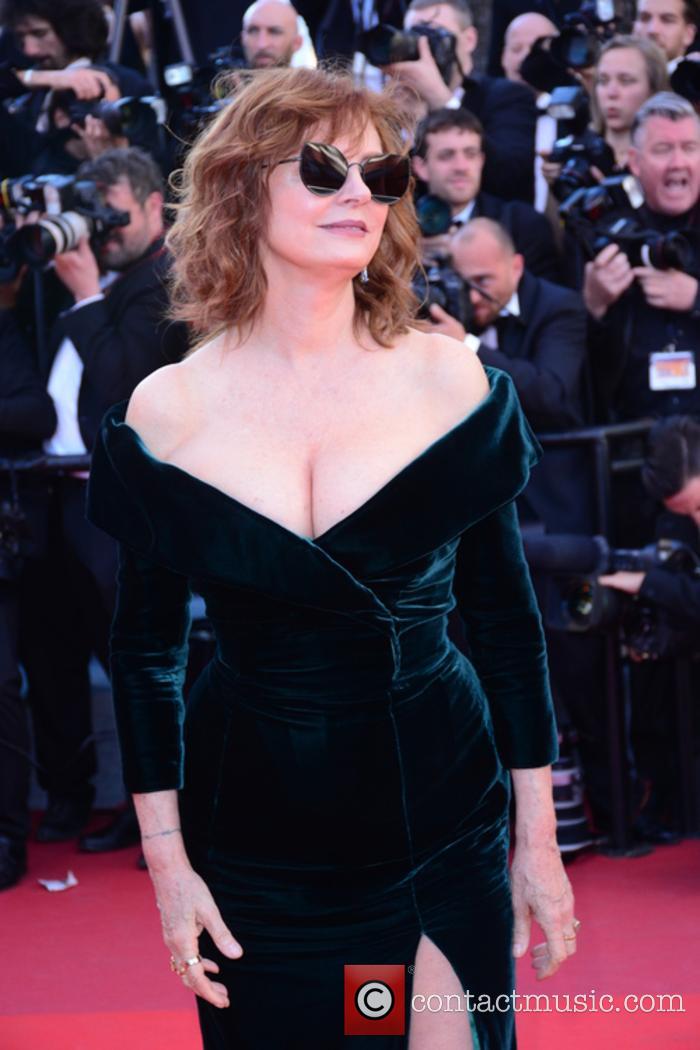 Susan Sarandon is no stranger to the red carpet

Murphy has of course seen success with anthology shows in the past such as 'American Crime Story' and 'American Horror Story', but looked to do something a little different here, as he based each episode in 'Feud' off of fact. It's something he hopes to continue moving forward as he adapts a number of other stories for the series, such as the bitter relationship shared between former husband and wife, Prince Charles and Princess Diana.

For now though, Davis and Crawford are at the heart of conversation when the show is mentioned. For Sarandon, the role is one that seems to have been written in the stars.

"Bette Davis has been chasing me since I was a kid," the actress said in a chat with Variety's 'Remote Controlled' podcast. Up until Ryan Murphy's new anthology series 'Feud' however, it was a role she turned down countless times.

She adds: "I think the good thing in surrendering to Ryan is that you know that he's in charge. He's not going to be whittled down by a committee... I'd always rather throw my faith in with someone who has a vision... I felt that with Ryan there would be a voice."

Learning more about Bette and Joan's feuding history than ever before as part of the role, Sarandon even compared the pair to modern-day reality stars.

"They were like the early 'Real Housewives' of wherever," she joked. "They needed them to be fighting. They really feuled the flames of that to get more drama going. It's a shame because now in the business women are allies of each other and they produce things for each other, and they stand by each other and they support each other. I think the days are gone where women had to align themselves with men because they had the power."

Whilst 'Feud' is an incredibly fun show to watch, many would have to agree with Sarandon. Women still may not be equal when it comes to pay or any number of things in the entertainment business, but they certainly stand by one another more than they used to, without fear of being outdone by each other or pitted against each other by the big wigs.

That's not to say that this doesn't still go on at times. It's just that history is there for us to learn from, rather than repeat.

More: Susan Sarandon Says It's "Sexist" To Argue Women Have To Vote For Hillary Clinton

'Feud' season 1 has already aired in the US, and will premiere in the UK on BBC Two at some point later this year.