Susan Boyle Was Banned From Boyfriends

Susan Boyle's father called a halt to her fledgling relationship with a man named John when she was nearly 30 because he thought she ''wasn't mature enough.'' 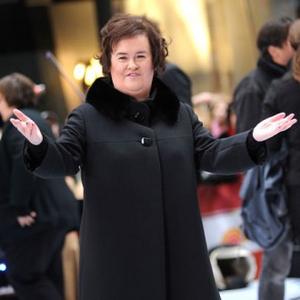 Susan Boyle's father stopped her having a boyfriend - when she was almost 30.

The 49-year-old singer - who famously declared she had never been kissed when she appeared on UK TV talent show 'Britain's Got Talent' - struck up a "chaste" romance with a man named John, only for her late dad Patrick to ask him to stop calling.

She recalled: "In my late 20s I had a boyfriend for seven weeks. He was called John. I met him at a wedding and it was the first time I was involved with anyone, because I was always frightened of guys, but he was very kind.

"It was a chaste relationship that never went further than holding hands and a peck on The Cheek. But when I held his hand, I knew it was a different feeling from holding my mother's hand, and when he pecked me on the cheek it wasn't like my brother giving me a kiss, because the touch of my boyfriend's lips lingered on my skin for hours.

"One day I was upstairs when the phone rang. My dad got to it first. 'She doesn't want to talk to you,' he said and put down the receiver. 'Who was that?' I asked him. 'You're no ready for a boyfriend, hen!' said my dad."

Despite her unhappiness, the 'Wild Horses' hitmaker understands the action taken by her father.

She added in her forthcoming new book 'The Woman I Was Born To Be': "I suppose dad was right that I wasn't mature enough for a relationship. He just wanted to protect me from getting hurt, but it did hurt when we stopped seeing each other."