Susan Boyle is on the look-out for a man and has been begging her friends to set her up with eligible man. 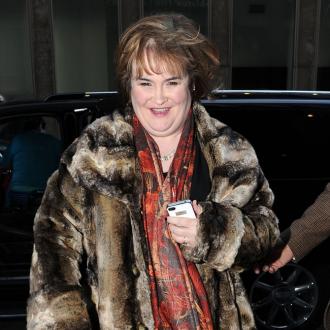 Susan Boyle is on the look-out for a man.

The 'I Dreamed A Dream' singer - who famously claimed she'd never been kissed - is keen to find a boyfriend so has been begging her friends to set her up on dates.

A source said: ''Susan had hoped her fame would bring her luck in finding a boyfriend, but sadly, that hasn't been the case.

''Her ideal man would be a Donny Osmond type - someone who is well-groomed, tanned and dresses classically. It's also important to her that he has a strong love of family and moral fortitude. And he must adore cats.''

Susan - who shot to fame after competing on UK TV show 'Britain's Got Talent' in 2009 - recently said she wants to find someone special to share her life with but insists she wouldn't be too upset if she remains single.

She said: ''Of course I'd like that special someone in my life, but I'm not going to let a man define me.

''I've done pretty well over the past 51 years without one but it would be nice.''