Susan Boyle says she hopes John Lennon fans will appreciate the effort put into her cover of 'Imagine', which appears on her sixth studio album. The Scottish singer also stamped her own unique mark on Pink Floyd's 'Wish You Were Here'. 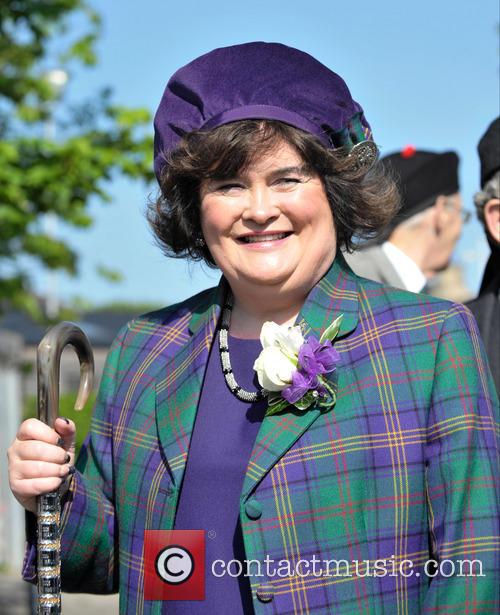 The 53-year-old, who rose to fame after her appearance on Britain's Got Talent, accepted that both songs could incur the wrath of hardcore fans.

"John Lennon's Imagine was one of the hardest to record, not because of the music or the vocals, but because I wanted to do his song justice. Of course, die-hard Lennon fans will probably criticise but I hope I've done the song justice in my own way."

As such, Boyle called her new album Hope her "riskiest" yet. It also contains covers of 'Bridge Over Troubled Water' by Simon and Garfunkel and 'Angel' by Sarah McLachlan.

"I have really enjoyed making this album. I had a huge input in music suggestions and finally have been able to record one of my all time favourites, Angel, originally by Sarah Mclachlan.

"I themed this album around inspiration and hope because those are two elements we all need in our life to drive us forward. to go out and capture our dreams - they worked for me after all," she said.

Boyle is no stranger to high profile covers and had a big hit with a rendition of the Rolling Stones' 'Wild Horses'.  She has sold 22 million albums worldwide since signing to Simon Cowell's Syco label in 2010 though it's her global tours that are most lucrative.

She begins a North American tour at the Balboa Theatre in San Diego on October 8, 2014.